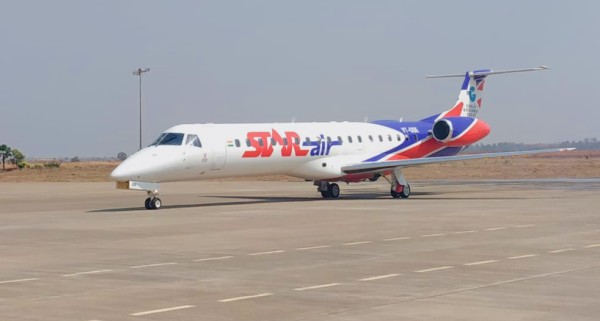 “We are thrilled to honor our Olympic champions as the first “Forever-Flyers” of Star Air. It is not only about winning a medal, but also about celebrating the self-discipline, devotion, and willpower of every Olympic winner. We want every young Indian to believe that with perseverance and commitment, dreams do come true!” said Sanjay Ghodawat, Chairman of Star Air.

CEO of Star Air Simran Singh Tiwana said, “We would like to thank our Olympic winners for reminding us that hard work and dedication can move mountains. It would be our greatest honor to serve them on-board.”

Star Air thanks and appreciates every Olympian who has worked hard and excelled in lifting the country’s weight on their shoulders. Kudos to team India for their splendid performance and wishing them continued success at the Tokyo Olympics of 2020, the company said in a statement.

Star Air is an Indian commuter airline based at Kempegowda International Airport in Bangalore, Karnataka. It started operations in January 2019, offering flights within Karnataka state as well as to neighboring Andhra Pradesh, Gujarat, Madhya Pradesh, Rajasthan as part of the Central Government’s UDAN scheme.

Meanwhile, Budget carried IndiGo airlines announced unlimited free tickets for Chopra for a period of one year.  The airline on Sunday said that it will offer unlimited free travel to Gold medallist Chopra for a period of one year. This comes in recognition of Neeraj Chopra winning the Gold Medal at Tokyo Olympics 2020 in the finals of Men’s javelin throw. The offer is applicable from August 8, 2021, till August 7, 2022.