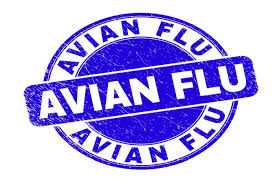 The Standing Committee of National Board of Wildlife has approved the advisory for management of Human-Wildlife Conflict in the country. The advisory makes important preions for the States and Union Territories for dealing with Human-Wildlife conflict situations and seeks expedited inter-departmental coordinated and effective actions.

The advisory envisages empowering gram panchayats in dealing with the problematic wild animals as per the Wild Life (Protection) Act, 1972. Utilising add-on coverage under the Pradhan Mantri Fasal Bima Yojna for crop compensation against crop damage due to Human Wildlife Conflict and augmenting fodder and water sources within the forest areas are some key steps envisaged to reduce Human Wildlife Conflict and payment of a portion of ex-gratia as interim relief within 24 hours of the incident to the victim or family.

During the meeting, the Standing Committee also recommended the construction of causeway across Jampannavagu to Muthapur of Govindaraopet and between Jampannavagu to Motlagudem in Mulugu District of Telengana with certain mitigation measures. It also recommended the proposal for Tinaighat-Castlerock-Caranzol Railway doubling of South Western Railways, Karnataka with certain mitigation measures as advised by the Wildlife Institute of India, Dehradun.

The National Board for Wildlife is constituted by the Central Government under Section 5 A of the Wildlife (Protection) Act, 1972.