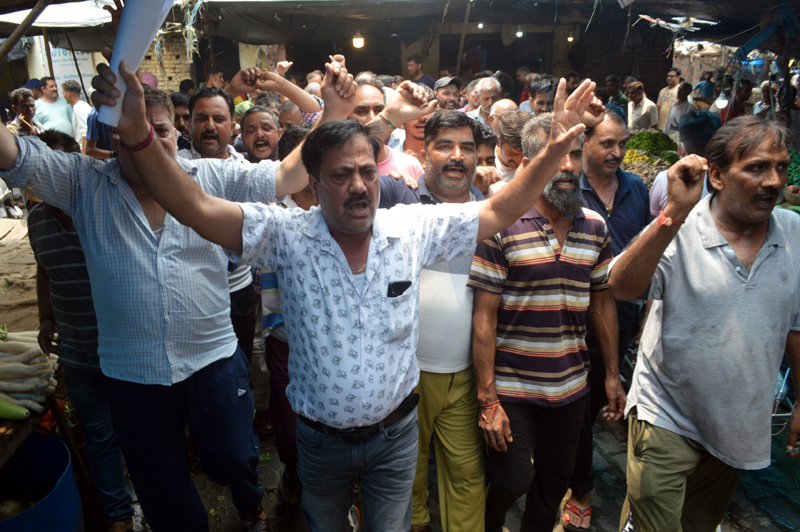 JAMMU: Non-cooperation by some stakeholders has led to an inordinate delay in the project to modernise ‘Sabzi Mandi’ in old city under Smart City Mission, an official said on Wednesday.

The project to give the ‘Sabzi Mandi’ (vegetable market) at Parade a facelift with state-of-art facilities has been delayed by over a month as some members of the Parade Sabzi Mandi Association are creating “unnecessary hindrances” in its implementation, the official of the project’s executing agency said.

The major works to be undertaken under the Rs 5.31 crore project include the rebuilding of shops, solar panels for emergency lighting, tensile roofing at the entrance and central courtyard.

“The non-cooperative attitude of these vested interest stakeholders can be gauged from the fact that they raised separate issues in different meetings which were convened to discuss the project with them,” the official, who did not wish to be named, said.

He said at least four meetings were held with the stakeholders, which had a positive outcome and a consensus was evolved to take up the construction work. The official said the parties involved were informed that all the 155 allottees will be rehabilitated appropriately.

The project envisages bigger kiosks and shops than the existing ones and the construction will be started in a phased manner without disturbing the livelihood of the shopkeepers, he said.

Another official said negotiations were held under the chairmanship of Jammu Municipal Corporation Mayor Chandar Mohan Gupta, who visited the project site and assured all the stakeholders that the construction will not disturb their livelihood.

Gupta made it clear to the stakeholders that the project after completion will play a vital role in increasing their revenue.

The officials said the project could be completed on time next year if the parties allow the agency to begin the work.