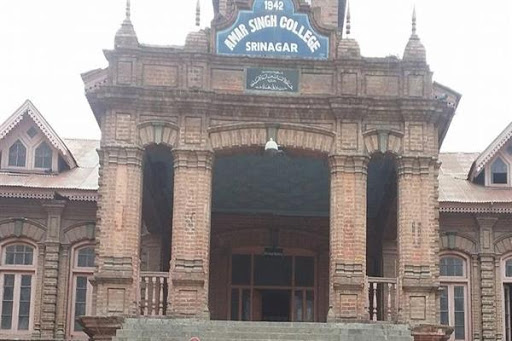 Srinagar: The Srinagar-based Amar Singh College”s building, built nearly 80 years ago, is one of the seven conservation projects to be recognised with the 2020 UNESCO Asia-Pacific Awards for Cultural Heritage Conservation.

The award was announced on Wednesday by a jury, comprising nine international conservation experts, and it was convened from November 20 to 22 to deliberate on the project entries. The deliberations were held online due to the COVID-19 pandemic, INTACH”s Jammu and Kashmir chapter said.

The Amar Singh College was recognised with the ”Award of Merit” in the 2020 UNESCO Asia-Pacific Awards for Cultural Heritage Conservation, it said.

This year, the jury awarded two Special Recognition for Sustainable Development awards, one Award of Excellence, one Award of Distinction, one Award for New Design in Heritage Contexts and three Awards of Merit, the Indian National Trust for Art and Cultural Heritage (INTACH) Jammu and Kashmir chapter said.

The INTACH chapter in the Union Territory had carried out the conservation work at the Amar Singh College.

“The restoration of the Amar Singh College brought back one of the most prominent institutional buildings in Kashmir to its former glory. Undertaken with a high level of technical proficiency, the project reversed major deterioration resulting from years of inappropriate additions, poor maintenance, and catastrophic events such as the unprecedented flooding in 2014,” the jury said in its comments about the work done one the project.

“The project team”s meticulous attention to original building design and materials involved training a new generation of building artisans in brick and stone masonry,” it said.

The project serves as a noteworthy model for safeguarding a unique 20th-century architectural asset in the Victorian neighborhood of the old city of Srinagar, the jury said.