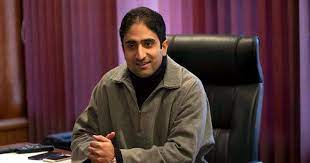 SRINAGAR: Srinagar Mayor, Junaid Azim Mattu, on Wednesday said that the city will get rid of stray dog population within 6 to 7 years as the corporation is set to kick-start a sterilization process at a large scale very shortly.

He also announced that the macadamization of Srinagar roads will be completed within a period of one month.

Addressing a presser here, Mattu said that the Srinagar Municipal Corporation (SMC) has been taken to new heights in the last couple of years. “The corporators have been elected to serve people of Srinagar after a gap of ten years. We will meet all the challenges and have met many challenges so far which has helped in taking Srinagar to 10th rank, which is a proud moment for all the residents here,” he said.

Mattu further said that in the last few years he tried to take the SMC ahead of other civic bodies in the country.

However, he said the corporation couldn’t deal with some major issues including stray dog menace and macadamisation process.

“The dog bite cases deeply pains me. I have taken a decision to form a multi-agency consultative board to deal with the stray dog menace and initiate its final report within three months. It would be the biggest programme,” he said, adding that he has invited SKUAST scientists and veterinary experts to start the process within a month to ensure that the people in Srinagar could heave a sigh of relief from the menace.

He added that the consultative board will meet next week and two meetings will be conducted in one week and he will personally monitor the progress. “If this programme succeeds, within six to seven years, we will get rid of the stray dogs population in Srinagar.”

He also termed the allegations of relocation of dogs from Srinagar to villages as baseless.

“The Corporation is facing macadamization challenge, the roads are in shambles and there is no doubt over it. We had started a process of macadamization in lanes and bylanes at large scale in March but the hot mix plants and contractors have decided not to bid for these tenders at the current rates. I have spoken to the Chief Secretary personally and macadamization rates is being revised in two to three days. We are keen to resolve this issue and start macadamization of lanes and bylanes within the period of a month,” he said.

About the enforcement, he said that there is no double standard on enforcement and no interference will be allowed. “We will try to ensure transparency and accountable governance,” he said—(KNO)