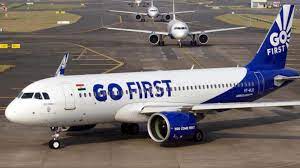 A senior officer of the Airport Authority of India told that the flight carried 108 passengers.

“This is also the first international flight after the inauguration of the International Cargo operations from our airport,” he said, adding, “ This flight will now be regularly operating on every Tuesday and Wednesday at 1945 hours.”

The flight can carry a maximum of three tonnes of cargo to Sharjah, he said. “The doors have now opened wide for export of our industrial, agricultural, and handicraft products,” he said, adding, “We call upon all the business houses and exporters of Kashmir to make full use of the facility.”

The direct flight connecting the Valley with the UAE was started on October 23 last year, after being flagged off by Union Home Minister Amit Shah. However, due to the challenges posed by the surge in the Third Wave of COVID19, the direct flight were discontinued in January this year.(GNS)