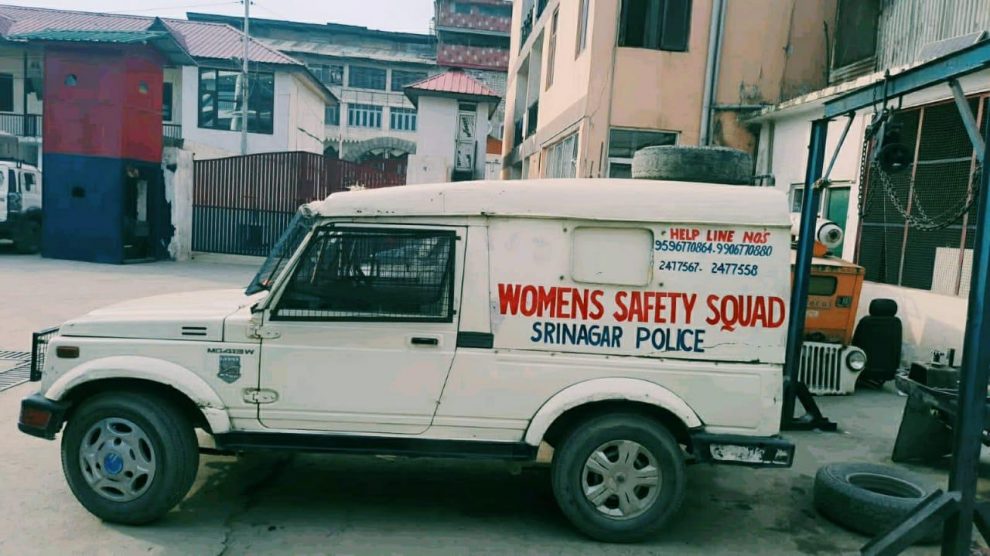 SRINAGAR: District Police Srinagar on Monday launched its two exclusive women safety squads aimed to ensure the protection and security of women in the summer capital amid an increase in crime incidents.

The squads’ were formally flagged off by DIG CKR Sujit Kumar here.

Speaking at the inauguration, Kumar applauded District police Srinagar for the initiative and said this will bring down crime against women and prevent crimes like the recent acid attack by acting as a deterrent.

SSP Srinagar Rakesh Balwal and other senior officers of district police were also present at the inauguration.

“The squads’ are aimed to patrol areas around coaching centres, schools, colleges and other vulnerable areas in Srinagar City”, reads a statement..

These squads, comprising each of five lady police officers/personnel, will also be directly in touch with administrators of the educational institutions/coaching centres for immediate action in case of any emergent requirement.

“One lady Inspector namely Khalida Parveen of Srinagar Police has been made overall in charge of these two squads”, informs the statement.

“A dedicated Women’s helpline 9596770601 was launched by Srinagar Police which is already operational 24×7 exclusively for women’s safety-related issues. This squad will work in close coordination with PCR vans, jurisdictional police stations and women’s Police Station, Rambagh.”

“Srinagar Police ensures all citizens that crime against women will not be tolerated at all and both preventive and corrective measures in this regard will be vigorously implemented”, the statement further underlines.