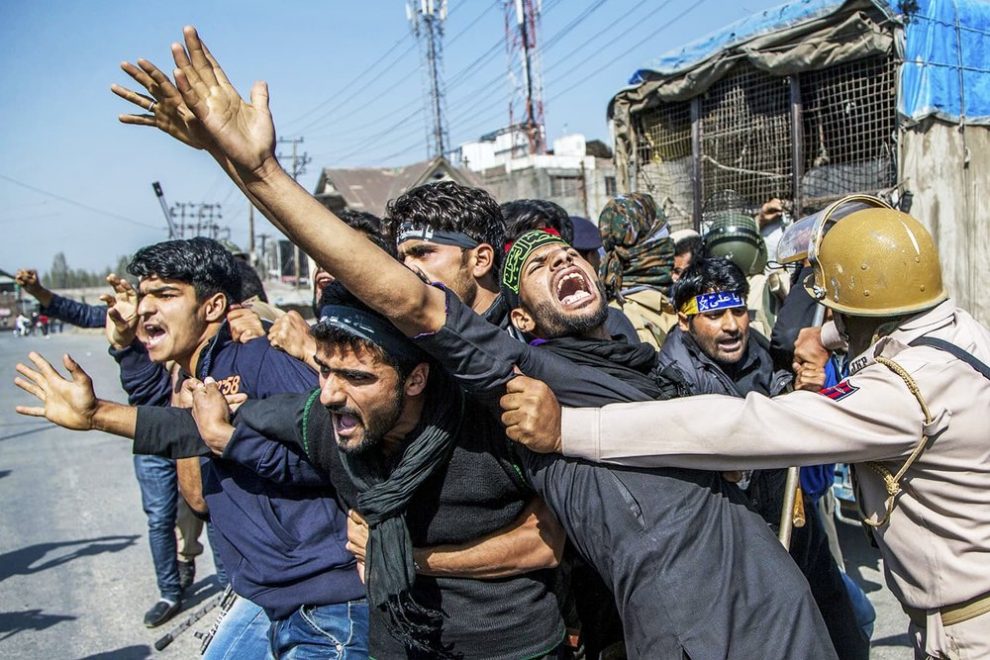 In a statement, a spokesperson said that only two routes have been closed for processions while all other routes are open for the same. The statement reads that some fake news is being circulated by vested interests about yesterday’s Muharram by using old pics and sharing them with oblivious media outside Kashmir.

“It is again categorically told that no force was used to regulate one Muharram route yesterday (banned for many decades),” it reads. It reads that Muharram processions are being peacefully held all over Srinagar, while only 2 routes aren’t allowed among 100 others that are allowed.

“The two aren’t allowed due to the possibility of sectarian clashes and law & order. The chronic mischievous tendency of some vested interests to spread fake news with intentions of fomenting trouble in the city will be dealt with law,” it reads.

Join The Dispatch Whatsapp Group to stay updated
The Dispatch is present across a number of social media platforms. Subscribe to our YouTube channel for exciting videos; join us on Facebook, Intagram and Twitter for quick updates and discussions. We are also available on the Telegram. Follow us on Pinterest for thousands of pictures and graphics. We care to respond to text messages on WhatsApp at 8082480136 [No calls accepted]. To contribute an article or pitch a story idea, write to us at [email protected] |Click to know more about The Dispatch, our standards and policies
Tags#thedispatch #muharram