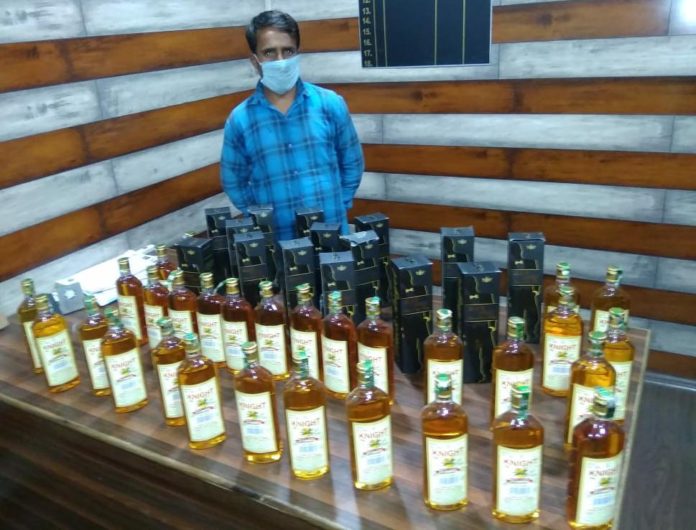 Police in Srinagar have arrested a bootlegger and recovered 45 bottles of illicit liquor from his possession.

Officers at a checkpoint established at Kohna Khan Dalgate intercepted an Auto bearing registration number JK01E-4553 with one person on board identified as Manzoor Ahmad Sheikh resident of Batwara Srinagar. During search officers were able to recovered 45 bottles of illicit liquor from his possession. He has been arrested and shifted to Police Station R.M.Bagh where he remains in custody. Vehicle used in the commission of crime has also been seized.

Accordingly, Case FIR No. 91/2020 under relevant sections of law has been registered in Police Station R.M.Bagh and investigation into the matter has been initiated.

Community members are requested to come forward with any information regarding anti social elements in their neighbourhood. Persons found indulging in anti social activities will be dealt as per law.