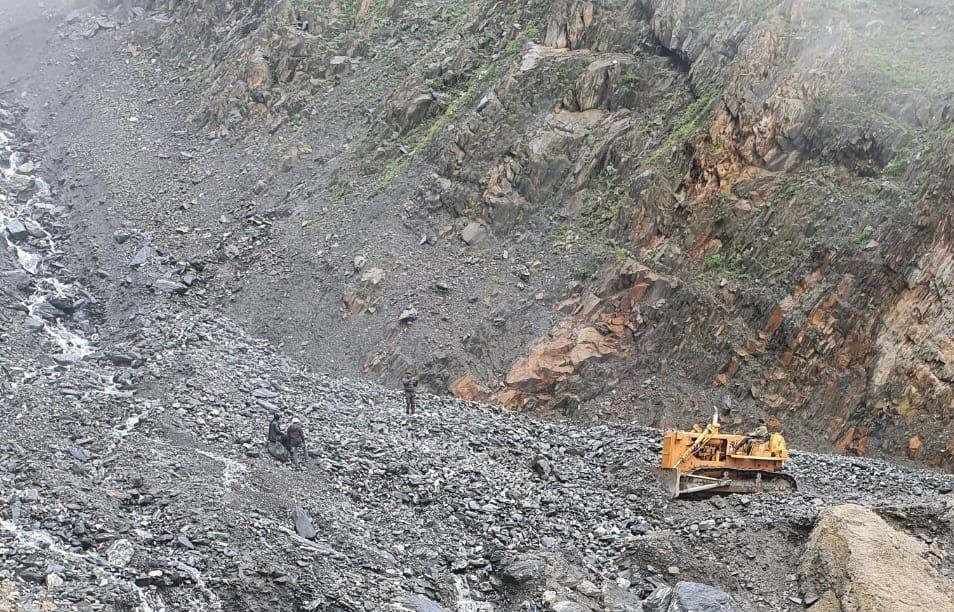 SRINAGAR: Multiple landslides triggered by heavy rainfall hit near Zojila Pass led to the closure of the Srinagar-Leh highway for traffic movements on Monday, officials said.

An official said that men and machinery have been pressed into service to clear the road of landslides. He added that for now traffic on the highway has been suspended, while several vehicles are also stranded on the road—(KNO)

397 Covid-19 cases, one death reported in J&K on Monday
MeT forecasts more spells and thundershowers in next 24 hours in J&K
Comment