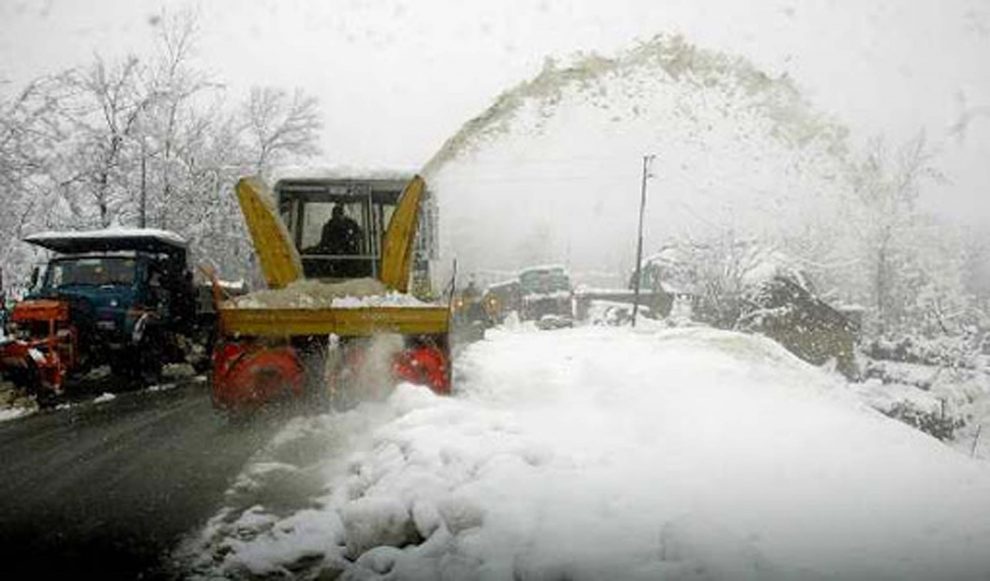 Srinagar, Jan 8: The 270-km-long Srinagar-Jammu national highway , the only all weather road connecting Kashmir valley with the rest of the country, was put through after remaining closed for five days due to snowfall and land and mudslides.

However, only stranded vehicles are being cleared before fresh traffic will be allowed on the highway, a traffic police official told UNI today.

Meanwhile, the historic 86-km-long Mughal road, which was being used as alternative to Srinagar-Jammu national highway in summer, also remained closed for the past over three weeks due to heavy to very heavy snowfall. There is no chance to reopen the road before next summer.

The government has already announced the closure of the national highway, the only road linking Union Territory (UT) of Ladakh with Kashmir valley, for winter months due to accumulation of eight to ten feet of snow since January Ist, 2021.

The highway was closed on Sunday following fresh snowfall on both sides of the Jawahar tunnel, Shaitan Nallah and Banihal. However, next three days witnessed heavy to very heavy snowfall and  landslides, mudslides and shooting stones.

He said the National Highway Authority of India (NHAI) and Border Roads Organisation (BRO) put into service sophisticated machines to clear the snow besides land and mudslides and shooting stone.

Traffic was resumed on the highway though sophisticated machine remained deployed at trouble spots on the highway to meet any emergency in case of land and mudslides, he said.

He said only stranded vehicles are being allowed to move towards their respective destinations. Normal traffic will be resumed only after  all stranded vehicles are cleared, he said. He said Mughal road, connecting Shopian in south Kashmir with Rajouri and Poonch in Jammu region also remained closed due to accumulation of snow. Traffic also remained suspended on Anantnag-Sampthan road in Kishtwar due to accumulation of snow.