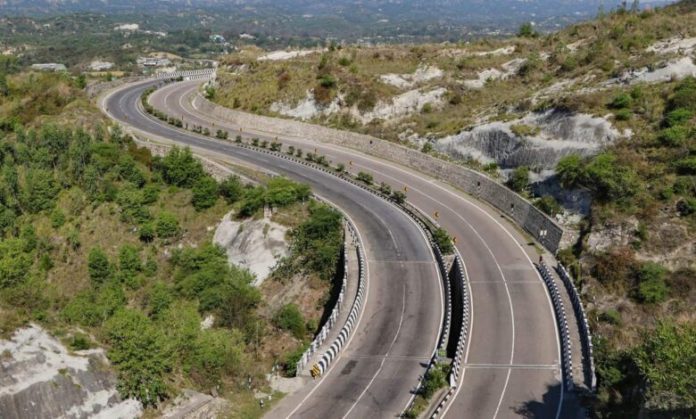 Srinagar, Aug 21: The 270-km-long Srinagar-Jammu national highway, the only all weather road connecting Kashmir valley with the rest of the country, remained closed for the second successive day on Friday following landslides and shooting stones, triggered rain, at several places on Thursday afternoon.

Hundreds of vehicles, including trucks loaded with essentials for Kashmir valley, remained stranded on the highway.

However, the 86-km-long Mughal road, seen as alternative to Srinagar-Jammu highway, and highway, linking Ladakh Union Territory (UT) with Kashmir were through for one-way traffic.

He said the National Highway Authority of India (NHAI) and Border Roads Organisation (BRO) have pressed into service sophisticated machines to clear the landslides and put through the highway. However, he said, continued landslides and shooting stones are hampering the road clearance operation.

He said Kashmir bound essential commodity vehicles which had left Jammu yesterday morning have been stopped at several places. Similarly, some vehicles from this side, particularly private and passenger vehicles, having valid travel permit, have been stopped on this side of the Ramban.

However, some private and security force vehicles crossed the Ramban and other troubled spots before fresh landsides yesterday afternoon despite threat of shooting stones.

Once the road clearance operation is over and a green signal is received to allow traffic, only stranded vehicles will be allowed to move towards their respective destinations before allowing fresh traffic.

He said Mughal road, connecting Shopian in south Kashmir with Rajouri and Poonch in Jammu region was through despite rain. However, only vehicles, carrying fresh fruit, will be allowed to ply from Shopian to Jammu between 1100 hrs 1600 hrs and on vehicle will be allowed after the deadline.

Vehicles carrying essentials will also ply on Srinagar- Sonamarg in central Kashmir district of Ganderbal to Gumari on other side of the Zojila pass on the highway connecting Ladakh with Kashmir.