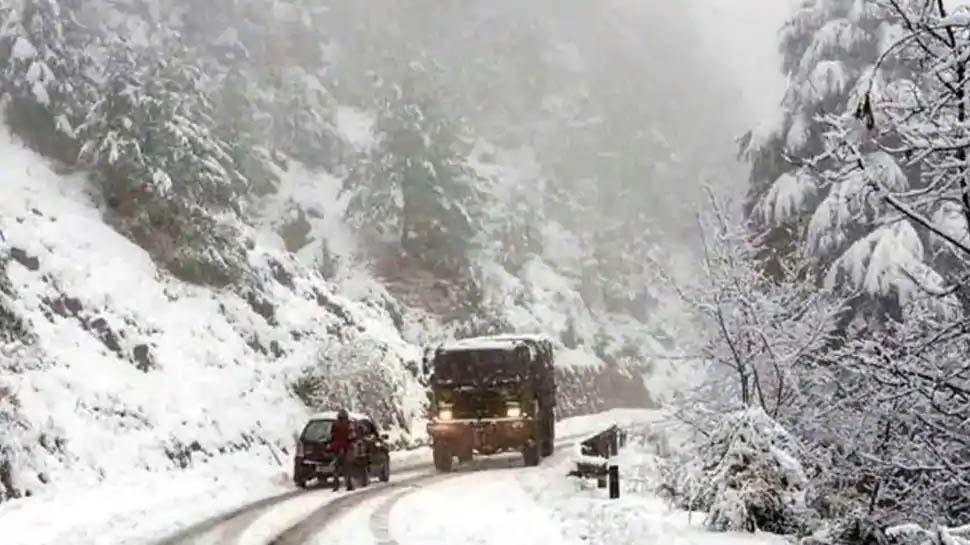 Srinagar: Vehicles stranded on the Srinagar-Jammu national highway were allowed to ply towards their destinations on Friday as the arterial road was cleared after remaining closed for five days due to heavy snowfall, officials said.

No new traffic was, however, allowed on the highway, the only all-weather road connecting Kashmir with the rest of the country, even though there was improvement in weather conditions across the Valley, they said.

“Stranded traffic has been allowed to move after the highway was cleared for the movement of traffic this morning,” an official of the Traffic control room said.

The 260-kilometre-long highway was blocked due to snow, landslides and shooting stones caused by heavy snowfall since Sunday.

“After the light traffic is cleared, essential service vehicles and fuel and gas tankers will be allowed to ply towards Srinagar,” he said.

The decision on re-opening the highway for fresh traffic will be taken once all the stranded vehicles are cleared and the condition of the road, which has become slippery at places due to snowfall, is assessed, the official said.

The official said Mughal Road the alternative road-link which connects the Valley to Jammu division through the Shopian-Rajouri axis was closed for traffic due to heavy snowfall in the region.

Kashmir valley was cut off from the rest of the country on Sunday as the surface and the aerial connections were suspended because of the heavy snow.

However, air traffic to and from Sringar airport was restored on Thursday morning.

Meanwhile, the weather office said conditions have improved across the Valley and it is likely to remain dry till January 14.

The weatherman said the minimum temperature went down at most places in the region and settled below the freezing point.

Srinagar city — the summer capital of Jammu and Kashmir — recorded a low of minus 0.4 degrees Celsius.

The Pahalgam tourist resort, which also serves as a base camp for the annual Amarnath yatra in south Kashmir, recorded a low of minus 3.3 degrees Celsius.

The chances of snowfall are the highest during this period and most areas, especially in the higher reaches, receive heavy snowfall.