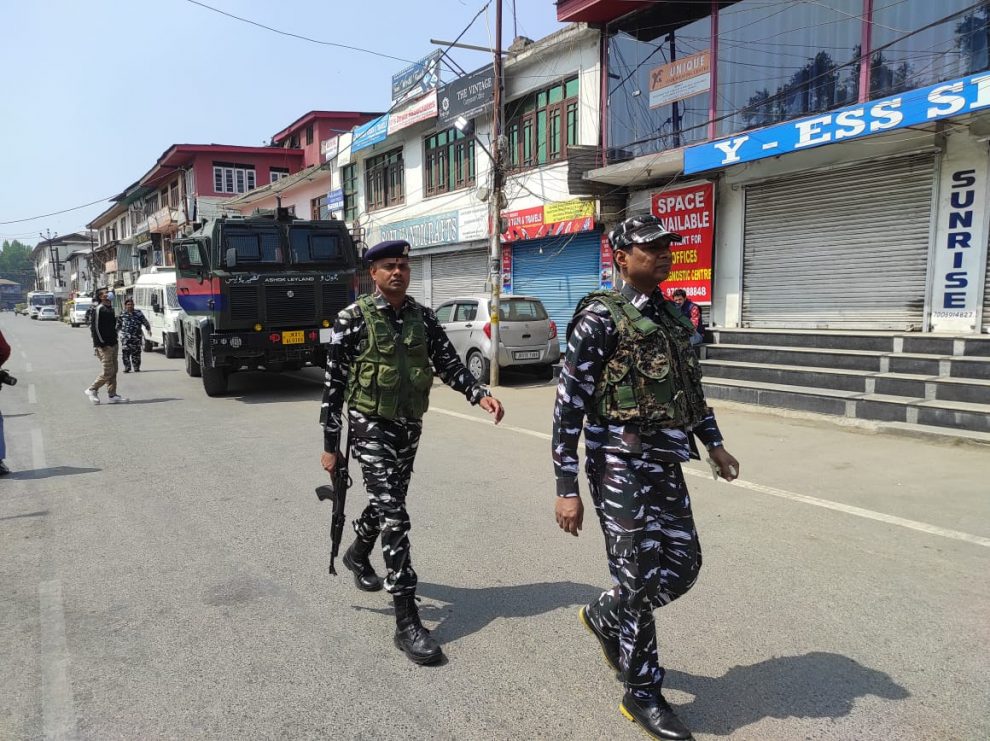 SRINAGAR: The Jammu and Kashmir police Sunday said that a top LeT Commander among two Pakistani militants were killed in an encounter with security forces at Beshembar Nagar area of Srinagar city.

Inspector-General of Police, Kashmir Vijay Kumar while talking to media persons at the encounter site said that two Pakistani militants were killed in the gunfight.

Kumar further said that both these militants were involved in a recent attack at Maisuma, in which one CRPF trooper was killed while another was injured. Both the slain militants were being continuously tracked after they attacked in Maisuma, the top cop said.

Two cops of JK Police and a CRPF personnel were injured during the gunfight, they have been shifted to hospital for treatment, the top cop said. I want to give a message that whether it’s Pakistani or local militants who attack any innocent Policemen, Journalists or civilians will be neutralized, IGP added.

While being asked about the house owner, the IGP said his property will be seized for giving shelter to these militants.

Meanwhile, Inspector General of Police Vijay Kumar told that both militants have been identified as Adil Bhai and Mubashir Bhai residents of Pakistan. Adil Bhai was the top LeT commander for central Kashmir.(GNS)