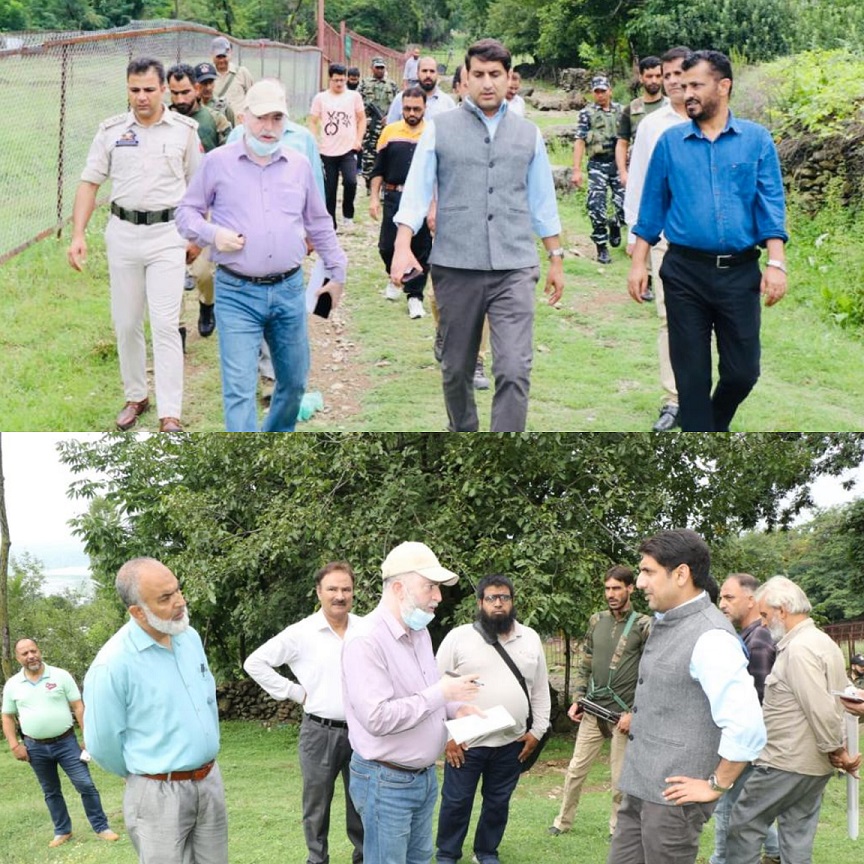 SRINAGAR:- In connection with Azadi Ka Amrit Mahotsav, to mark the 75 years of Independence of the country, the District Administration Srinagar has undertaken an initiative to establish the largest Chinar Park of the Kashmir Valley ChinarZaar (The Valley of Chinars) on the foothills of the Zabarwan Mountains here.

The ChinarZaar shall be spread over nearly 400 kanals of land and shall be developed as an exclusive green zone to attract more tourists and local visitors. As many as 75 chinar trees are being planted by August 15 to celebrate 75 years of the independence.

In this regard, the Deputy Commissioner, Srinagar, Mohammad Aijaz Asad today undertook a visit to the Nishat area of the District to initiate the measures to set up Chinar Park at the site. Worthwhile to mention that DC Srinagar had conceptualized the project few months ago.

On the occasion, the DC asked the DFO Urban to incorporate all required activities in long term DPR under the City Forest programme, while landscaping of the Park and development of approach road shall be executed jointly by R&B, Floriculture and Urban Forestry Departments.

The DC asked the officers to start plantation of Chinar saplings by using tree guards to protect them from as a short term measure and said at least 75 Chinar tree saplings would be planted by August 15 on the eve of 75 years of independence under Azadi Ka Amrit Mahaotsav.

The DC directed the officers of all line departments to work in a coordinated manner for the development of the largest Chinar Park and complete the prestigious project within a set timeline.

The DC said Chinar tree is the legacy of Kashmir and is a living heritage and has a deep Cultural value in the history of Kashmir. He said the development of the largest Chinar Park at upper Nishat will further enhance the scenic beauty and environment in the area, and would also become focal attraction for tourists, at the same time uplifting socio-economic condition of the local population.