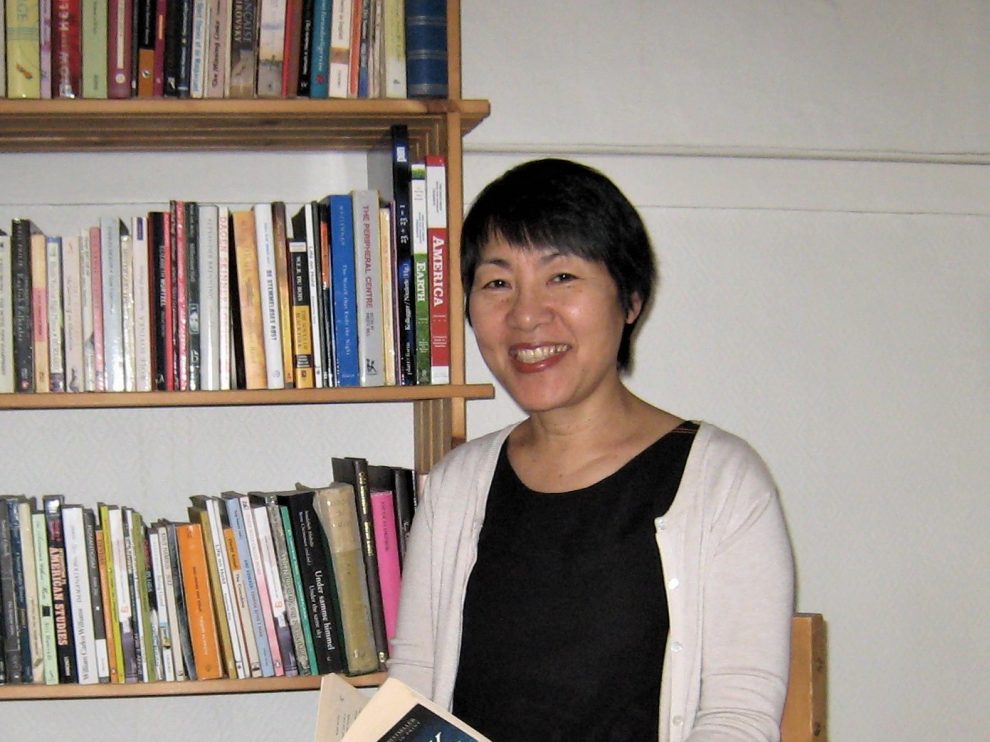 In the autumn months, Namu and his grandmother trapped small birds and locusts and dragonflies. Tola had a long stick with one end smeared with glue from mistletoe seeds, and she used it to trap unsuspecting dragonflies resting on paddy stalks. She taught Namu to smear leaves and branches with the glue and thoroughly cover the water surface in the stream with the smeared branches; at dawn, birds coming to drink water would get stuck on the leaves and wood. Early the next morning, the pair would run down to collect the birds they had trapped and they would take their catch home. Tola’s job was to clean the birds and hang them over the fire to dry, while it fell to Namu to sweep the feathers into the fire and burn them. Tola cooked the meat with lightly pounded garlic and country ginger and red chilli. The broth was pungent and nourishing. In the winter months, she added three or four of the small, local tomatoes, after crushing them thoroughly so that the sourness would seep into the rest of the ingredients. The tomatoes gave the broth a tangy flavour that both of them liked.

As for the locusts and dragonflies, Tola always removed the wings and legs before roasting them lightly on the embers. She liked to sprinkle a little salt on top and serve the roasted meat atop warm rice. ‘Eat, it’s good for you,’ she would tell Namu.

While the two were making their way home, Tola caught two green-backed frogs. As soon as they reached the house, she removed the entrails, chopped the meat and began to cook it in an old clay pot, adding fresh chilli, crushed garlic and tomatoes. Frog meat was considered medicinal in many tribes, and highly recommended for wounds and injuries, fevers and infections; people had such great faith in its healing properties. Boys were encouraged to catch them in the rainy season, and the surplus meat was dried over the hearth to be used sparingly. Frogs, river-crabs and snails were abundant in these months – seasonal food for the farmer.

The pungent aroma of crushed garlic wafted through the house.

‘My mouth’s watering, Grandmother. Are the frogs going to be tasty?’

‘Oh yes,’ she replied emphatically. ‘Not only that, frog soup will give you strong legs like the frogs!’

When it was ready, she ladled out broth and rice in a bowl for him and the boy kept blowing on his food.

‘Leave it alone for a while. If you burn your tongue, you won’t enjoy it at all, and that will be a great pity,’ she added. He was a good boy, typically energetic and overly fond of playing. But much of that energy was well spent on their excursions to the field. Sometimes in the evenings, when their meals were over, she would tell him about the old village of her childhood. He listened in great fascination to the stories of spirits visiting men and being hosted by them; he pestered Tola to repeat the story of the spirits dangling their legs on the rafters while singing courting songs. It was a picture that never failed to make him giggle. She would also tell him about his father and mother. The boy had a healthy curiosity about his parents but having had no memory of them, he was not acquainted with the bereavement that his grandmother always felt at the mention of them.

‘Will I meet them someday?’ he asked the first time she narrated their story to him. Initially, Tola did not know what to say.

‘Namu, I do believe you will meet your parents when you die. In our religion, we believe that one day after we all die, we will surely meet all our loved ones again in the world of the dead. The elders say that life continues in the land of the dead very much the same way as we lived it here on earth. That is why when we die, we are buried with some seed-grains, so that we may carry it with us, and plant it and have food in our new homes. We always bury our dead with seed-grains. And we say that the dead travel along a road until they come to the place where the other dead are assembled.’ She could not help feeling it was a rather lame explanation. Namu, however, was satisfied with her answer.

He was more interested in stories of his father when he was a lad like him. Did he go to the fields with his mother? Could he carry cucumbers in his basket like Namu did? Did he have a small dao like the one Namu had? His questions made Tola understand that Namu wanted to model himself on his father. Somehow that was important to his young mind, and she tried to tell him as much as she could recollect of his father as a young boy.

Robert D. Kaplan’s book “The Revenge of Geography” looks at global affairs through a geographical perspective
“Lilavati”: This book is the only and heart-rending biography of a daughter by her father
Comment