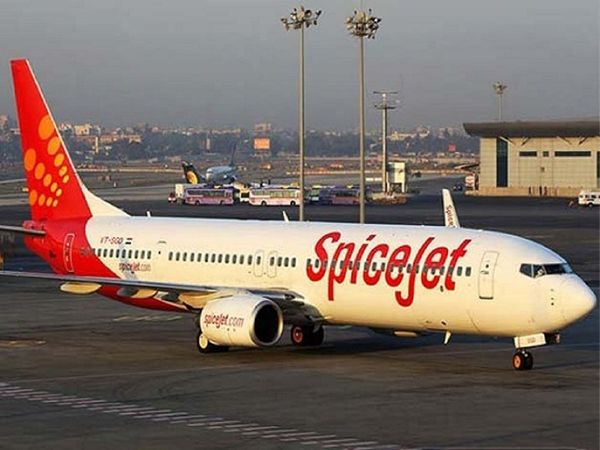 Low-cost carrier SpiceJet is rapidly expanding its footprints in Tier 2 and Tier 3 cities in India. In a fresh move, Spicejet has launched 38 new domestic and international non-stop flights starting 15th September 2021 in a phased manner. The first such inaugural flight from Visakhapatnam to Mumbai was flagged off virtually by Civil Aviation Minister Jyotiraditya M. Scindia today.

The airline also launched non-stop flights connecting Delhi with Male, the capital city of Maldives, for the first time on its network. The new flight will operate four times a week. Besides the airline also launched new flights between Udaipur and Chennai which will operate thrice-a-week. SpiceJet has also launched flights on routes of Delhi-Surat-Delhi, Bengaluru-Varanasi-Bengaluru, Mumbai-Jaipur-Mumbai, Mumbai-Jharsuguda-Mumbai, Chennai-Pune-Chennai, Chennai-Jaipur-Chennai, and Chennai-Varanasi-Chennai.

SpiceJet will resume flights to and from Dubai connecting it with Mumbai, Delhi, Ahmedabad, Kochi, Kozhikode, Amritsar, and Mangaluru.

Ajay Singh, Chairman and Managing Director, SpiceJet, said, “The launch of these new flights is a sign of steady revival not just for us, but for the entire aviation industry. SpiceJet will be connecting Visakhapatnam with Mumbai, Udaipur with Chennai, and Delhi with Male for the first time on its network and we expect these routes to do very well. SpiceJet will keep enhancing air connectivity by launching new flights that can support the gradual comeback of Indian aviation to pre-pandemic levels.”

With the launch of the new flight services, passengers from cities such as Male, Visakhapatnam, Surat, Kishangarh (Ajmer), Mangaluru, Bengaluru, Varanasi, Jaipur, Jharsuguda, Chennai, Goa, Pune, Patna, Udaipur, and Ahmedabad can now travel to a host of other cities both on SpiceJet’s domestic as well as international network via multiple onward connections.

The airline will be deploying its Boeing 737 and Q400 aircraft on these routes.

The airline also expects to start operations of Max aircraft around the end of September 2021, subject to regulatory approvals.” The airline had earlier entered into a settlement with ‘Avolon’ another major lessor of Max aircraft. At present, only SpiceJet in India has Boeing 737 Max. It has 13 aircraft of this type in its fleet. The development comes after aviation regulator DGCA last month granted safety permission for the restart of Boeing 737 Max operations in the country.