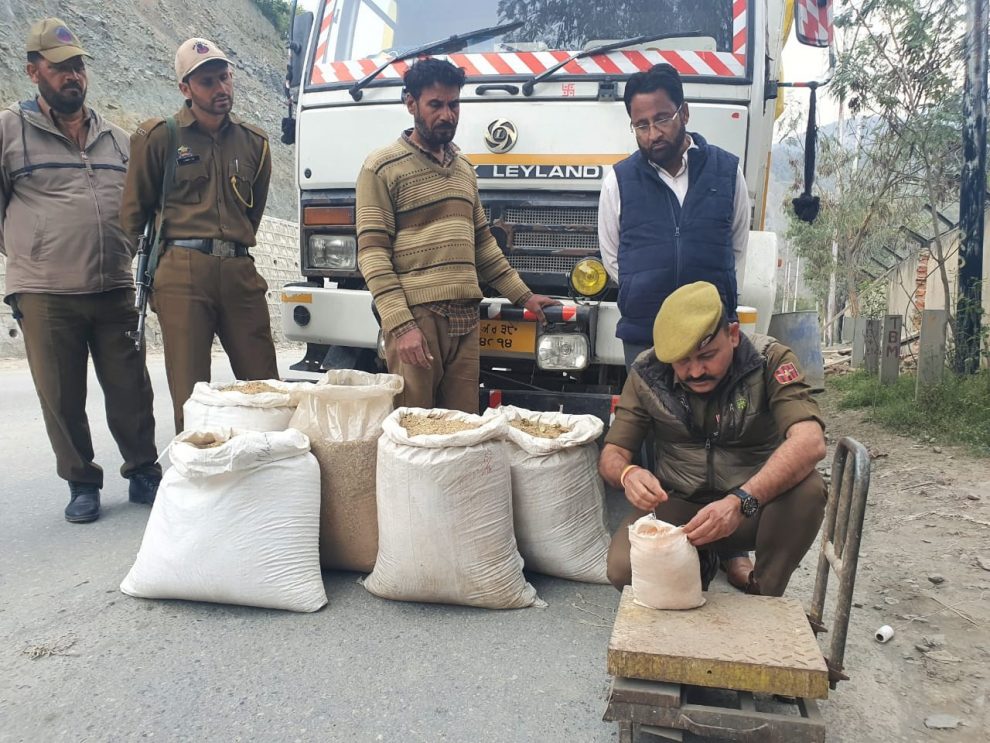 Kathua:  A truck jumped a railway barrier near an army camp in Kathua district of Jammu and Kashmir, prompting a search which led to the seizure of the vehicle along with eight kg of poppy straw, officials said on Sunday.

However, the driver of the vehicle escaped taking advantage of the darkness and efforts are on to nab him, they said.

A speedy truck on its way to Punjab took a diversion on noticing a police checkpoint on the Jammu-Pathankot highway near Janglote army camp late Saturday and took a link road, the officials said.

They said the alert army personnel reacted swiftly after getting suspicious and started chasing the truck which hit the railway barrier before it was abandoned by its driver at a distance.

A police party also reached the spot and the search of the truck led to the recovery of eight kg of poppy straw, which was found concealed in the tool box of the truck, the officials said.

However, the driver was found missing and is believed to have fled the scene taking advantage of darkness, they said, adding that police have registered a case in this connection and further investigation is on.

Police and security forces are on high alert across Jammu and Kashmir, especially along the highways and border villages, due to spurt in drone activities from across the border to smuggle weapons and narcotics into this side.

Education Institutions To Remain Closed ‘Till Further Orders’: Govt
India will always be a voice of moderation: EAM Jaishankar
Comment