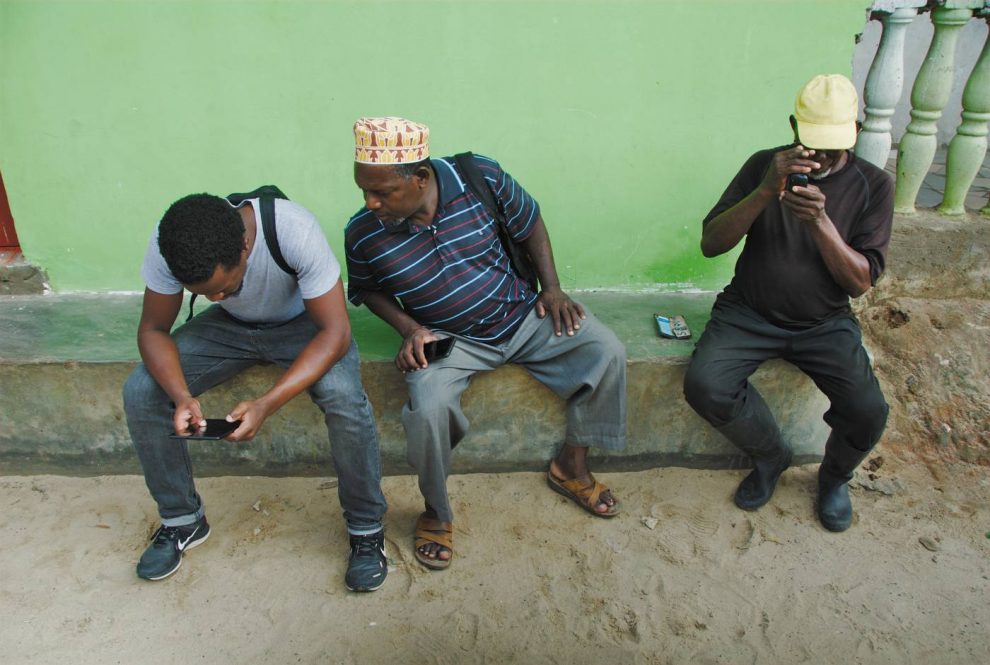 A team of Zanzibari data collectors armed with tablets have gathered enough information from hundreds of people on the Tanzanian archipelago to issue each of them a deed to their land in 20 minutes – a process that typically takes up to five years.

The project run by Kenya-based technology consulting company Spatial Collective has produced official documentation for about 700 land parcels in a southern town called Shakani since it launched last year.

“With title deeds, people can get loans and they will have the security of knowing that, ‘This is mine and no one will claim it’,” said Justus Muhando, 30, Spatial Collective’s technical lead steering the project in Zanzibar.

Spatial Collective approached authorities about building on that data to simplify the often slow, frustrating process of applying for proof of land ownership.

Now, Zanzibar’s land commission is working to finalise the digitised title deeds after a consultation period and hopes to roll the process out through the whole of the island in the coming months.

A lack of formal documentation and poor implementation of land laws threaten tenure in many countries, with more than 5 billion people globally lacking proof of ownership, according to the Lima-based Institute for Liberty and Democracy.

Less than 15% of homeowners in Zanzibar have documentation to signify property ownership, say government officials.

The hope is that the project can help overcome the hurdles that made issuing title deeds through Zanzibar’s outdated, paper-based system a long and arduous process, said Shawana Soud Khamis, land adjudication officer for the local land commission.

The new system should cut down on surveyor expenses, boundary disputes and delays in residents bringing in forms and documentation, she said.

It will help the government properly issue land tax, a valuable revenue generator that has been difficult to enforce in the past, Khamis added.

And the initiative could give the islanders, especially those in vulnerable groups like women, long-overdue assurance that they have legal protection against evictions, she said.

“We have seen women suffer because men take over (their) land. Women don’t always have inheritance and can lose everything – their homes and their farms,” said Khamis. “We need to solve this problem.”

The project, called Securing Tenure on Zanzibar, goes through the same steps for issuing title deeds as the traditional process, only much faster, said Muhando.

Spatial Collective trained 10 community members to assist with all the data collection and paid them for their work, he explained, with grants from organisations such as Cities Alliance, a global partnership fighting urban poverty.

Using a tablet, the data collector takes a landowner’s details, including their name and identification number and photographs the person and any other necessary documents using the tablet’s camera.

Spatial Collective also uses its drone imagery to identify the home on a map. All of this information is stored in a database accessible by the land commission, making any missing details easy to spot and fill in.

The data collectors also place numbered beacons in the ground around the property’s periphery to provide tangible demarcation of the property until the deed is issued, avoiding disagreements or conflicts over land boundaries, Muhando said.

Gaining the community’s trust was a priority from the start, he noted.

Spatial Collective held community meetings with government officials to explain the project to the islanders.

They also made radio announcements that they blasted out through speakers fixed on top of cars as they drove through Shakani, said Muhando.

Othman Mzee Muslim, 54, a farmer and local leader who worked with Spatial Collective to explain the project to the rest of the community, said that “at (the) very beginning, people were sceptical.”

“They thought we were coming to take the land, but after they saw us doing measurements for a sustained period of time people became open to it,” he said.

‘LAND IS AN ASSET’

When Zanzibar went into lockdown in March to slow the spread of the new coronavirus and Muhando and his team had to go back to Kenya, they were worried the project would stall.

But in a surprise move, the government decided to pick up where they left off.

“The commission for land said, ‘We understand you need to leave, but we want to continue,'” said Primoz Kovacic, co-founder and managing director of Spatial Collective.

Now that lockdown has lifted, Muhando is back in Zanzibar.

Kovacic points to the government’s eagerness to keep the project going as evidence that the initiative has the potential to grow without Spatial Collective.

It also shows that the system can be applied to different countries, giving landowners a sense of security across the globe, he added.

“Land is an asset,” Kovacic said.

“If you have ownership of land, you have money under your feet. You can sell it, rent it, sub-divide it, mortgage it. Nobody can kick you out. You can sleep at night.”