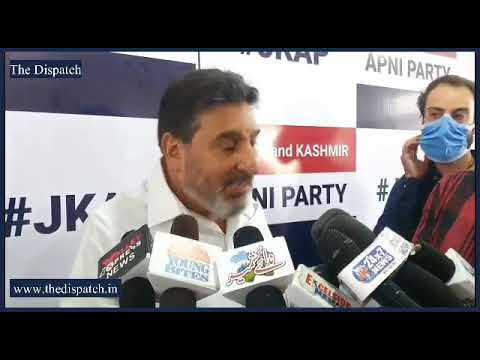 SRINAGAR: Apni Party president and former minister Syed Altaf Bukhari on Tuesday said that Prime Minister Narendra Modi should make an announcement with regard to the regularisation of the daily wagers within 60 days.

Bukhari while addressing a news conference, said that there are thousands of daily wagers who have been struggling to fight for their rights since long.

“It has been years together since the daily wagers are taking to the streets to fight for the regularisation. But, they are only getting promises by the successive regimes,” he said.

He, however, said that the Prime Minister Narendra Modi, who is visiting J&K for the first time since August 05, 2019, should make an announcement with regard to the regularisation of the daily wagers within the period of 30-60 days—(KNO)