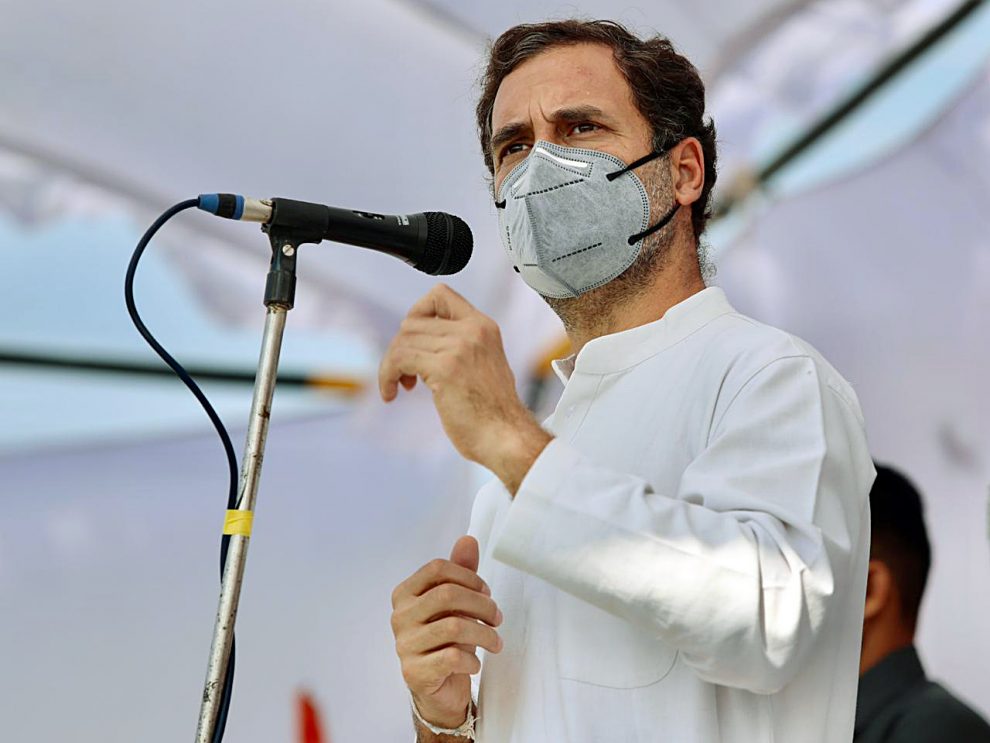 “It is more important for the Prime Minister to speak on a film than on the genocide of Kashmiri Pandits. Terror is at its peak in Kashmir today due to the policies of BJP. Prime Minister, take the responsibility of security and try to bring peace,” tweeted Rahul Gandhi today. Rahul Bhat, who had got the job of a clerk under the special employment package for migrants in 2010-11, was gunned down by terrorists inside the tehsil office in Chadoora town of central Kashmir’s Budgam district on Thursday.

The killing of Rahul Bhat triggered street protest by the locals wherein tear gas was used to disperse the protesters. Following the protest, the J-K government constituted an SIT to probe the murder. (ANI)

Ban ‘The Kashmir Files’ as it has created atmosphere of hatred in Country: Dr Farooq
PM package employees to be posted at secure district & tehsil headquarters: LG Sinha
Comment