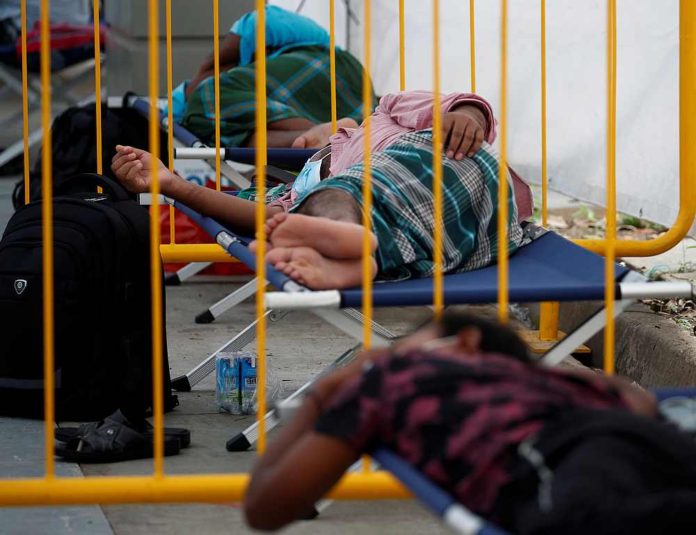 By John Geddie and Aradhana Aravindan

SINGAPORE: A recent spate of suicides and attempted suicides involving migrants in Singapore has heightened concerns over the mental health of thousands of low-paid workers who have been confined to their dormitories because of COVID-19.

In April, Singapore sealed off sprawling housing blocks where its vast population of mainly South Asian labourers live in crowded bunk rooms, seeking to ring-fence a surge in cases among the workers.

Four months on, some dormitories remain under quarantine, and even migrants who have been declared virus-free have had their movements restricted. They also face uncertainty over the jobs that their families back home depend on.

Rights groups and health officials say this has taken a heavy toll on workers. In some cases migrants have been detained under the mental health act after videos posted on social media showed them teetering on rooftops and high window ledges.

In an incident on Sunday that was widely reported by local media, a 36-year-old migrant was pictured bloodied at the foot of some stairs in his dormitory after self-harming.

The ministry said however it had not observed a spike in workers taking their own lives compared to previous years. It did not give any numbers.

Such incidents tended to stem from family issues which may be exacerbated by the distress of not being able to return home due to COVID-19 restrictions, it added.

Kenneth Mak, the health ministry’s director of medical services, also raised concerns about the impact on migrants’ mental health of prolonged periods of isolation in dormitories and movement restrictions.

At a press conference on Thursday, he said addressing the issue was a “work in progress”, and that authorities were committed to supporting migrant workers’ mental health needs over the long-term.

Singapore has recorded over 54,000 COVID-19 cases, mainly from dormitories in which around 300,000 workers from Bangladesh, India and China are housed. Only 27 people have died from the disease.

Authorities have said they expect to lift quarantines on all dormitories by Friday, with the exception of some blocks serving as quarantine zones.

But employers’ power to limit workers’ movement outside dormitories even if declared virus-free and fears over servicing high debts taken to secure jobs in Singapore are also feeding depression among migrants, rights groups say.

“Many of the workers now say that the mental anguish is a more serious problem than the virus.” said Deborah Fordyce, president of migrant rights group, Transient Workers Count Too.

Gasper Tan, chief executive of Samaritans of Singapore, said migrants’ limited access to support from friends and family, especially during lockdowns, can result in “overwhelming feelings of negativity”.