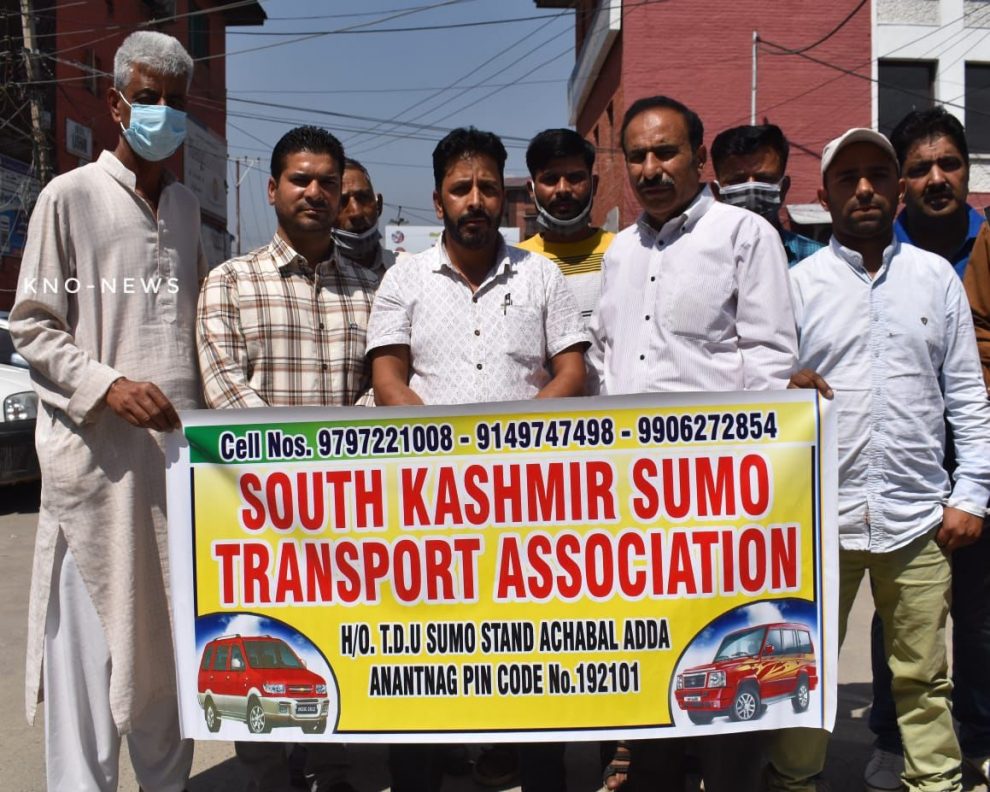 SRINAGAR: South Kashmir Sumo Transport Association members on Monday held a protest demonstration at Press Enclave Srinagar against local administration for failing to release their pending payments due for hiring of their vehicles during DDC and BDC elections in Jammu and Kashmir.

General secretary South Kashmir Sumo Association, Shabir Ahmad said that the administration has failed to release their payments till date after their vehicles were hired during DDC and BDC elections in Jammu and Kashmir.

He said that they have knocked every door in the district including deputy commissioner Anantnag and ARTO, however, they have not paid any heed to their sufferings.

“On one side we were hit by Covid-19 and on the other side administration has failed to release our pending payments for hiring our vehicles. Our families and we are being forced into starvation as nobody is paying heed to our sufferings,” he said.

They threatened to go for an indefinite strike across South Kashmir, if the government and the concerned administration failed to release their payments.

Meanwhile, the association members appealed to the Lt. Governor, Manoj Sinha and financial commissioner to personally look into the matter—(KNO)