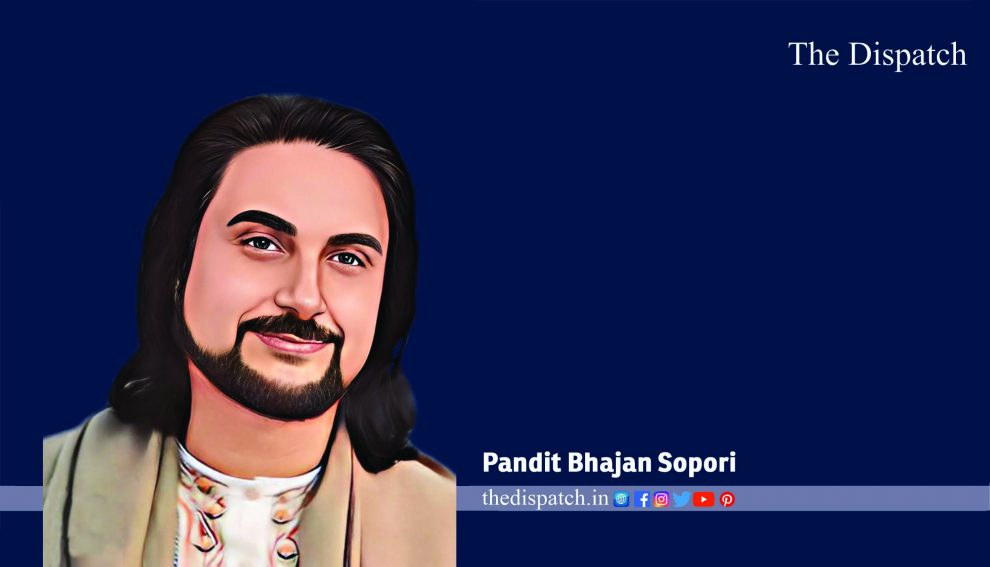 The Dispatch Staff
Add Comment
Bhajan Sopori started as a music debut by performing at the age of 10 at a conference organised by Prayag Sangeet Samiti & the University of Allahabad in 1958.

JAMMU: Leaving the cultural identity of Jammu and Kashmir further poorer, Pandit Bhajan Sopori, a prominent name in the Indian music and art scene, has passed away this morning. He was 74.

Sopori’s demise comes barely days after the passing away of Santoor maestro Pandit Shiv Kumar Sharma who originally belonged to Jammu. Sopori came from Sopore in north Kashmir’s Baramulla district. He had moved to Delhi a long while ago where he set up the SaMaPa music academy.

Bhajan Sopori started as a music debut by performing at the age of 10 at a conference organised by Prayag Sangeet Samiti & the University of Allahabad in 1958.  His family has played santoor for over six generations. Tracing lineage to ancient Santoor experts, Sopori’s son Abhay Rustum Sopori is also a Santoor maestro.

Pandit Bhajan learned western classical music from Washington University & Hindustani from his grandfather S.C. Sopori and his father Shambhoo Nath Sopori has taught music at Washington University, US. His performances have been broadcast in India and seen by both cultural associations there and by audiences in countries such as Belgium, Egypt, England, Germany, Norway, Syria and the USA.

Pandit Sopori, considered as the cultural link between Jammu and Kashmir and rest of India, also runs a music academy called SaMaPa (Sopori Academy for Music and Performing Arts), which is actively involved in promoting Indian classical music. The SaMaPa would hold musical festival in Jammu almost every winter. SaMaPa is involved in promoting music with jail inmates, with the objective of using music for healing the prisoners and creating an emotional bond between the society & the prisoners. The academy has trained several musicians and revived old instruments. It was presented the state government dogri award in 2011. Bhajan Sopori, in 2015, announced the SaMaPa awards for contribution to the field of music.

Sopori was awarded the Sangeet Natak Akademi Award in 1992 and the Padma Shri in 2004. In 2009 he was honoured with the Baba Allaudin Khan Award. He was also awarded the M N Mathur award in 2011 for his contribution to Indian classical music. Jammu and Kashmir State lifetime achievement award.

NC will continue to fight for rights and dignity of people of J&K: Dr Farooq Abdullah
Targeted killings a conspiracy by Pakistan to sabotage peace in J&K: Ravinder Raina
Comment