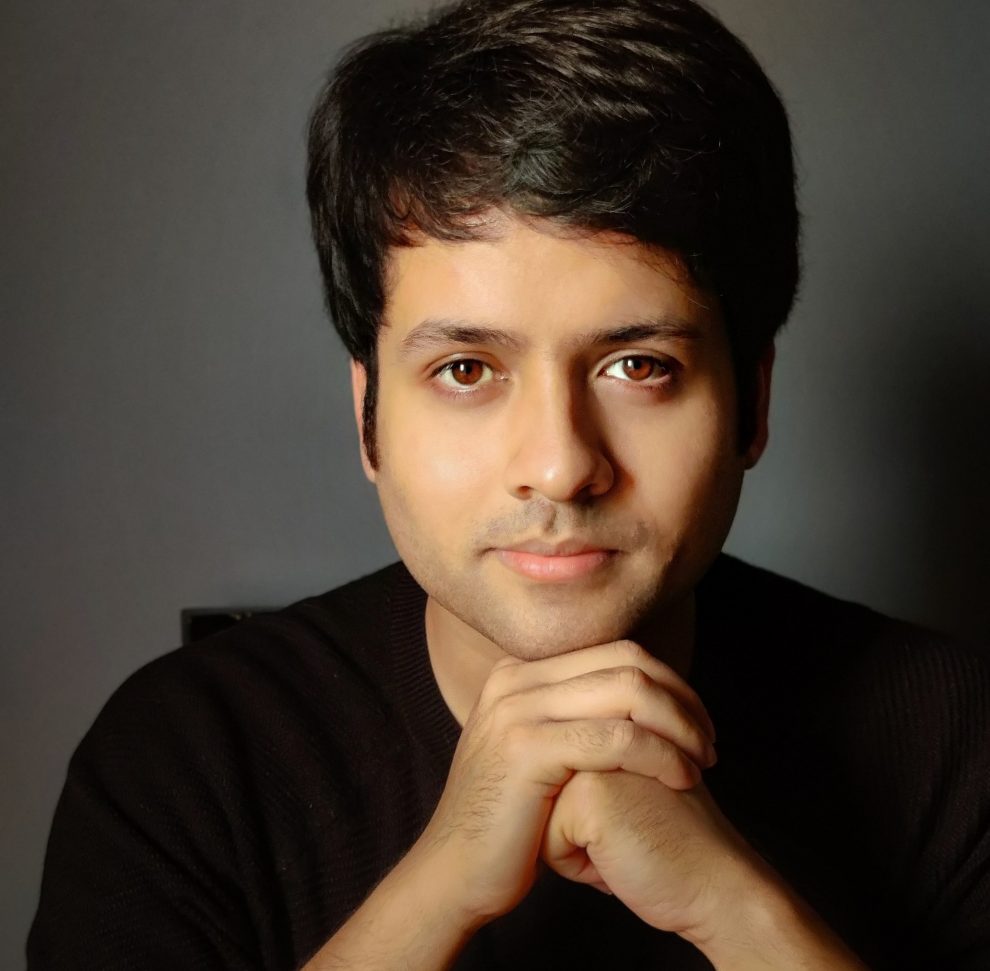 There was a time when young Oracles awaiting investiture were made to witness the slaughter of their families, to sear into their souls the futility of hope. This sacred tradition had however, been abandoned by the Matrons over time, in favour of a meeker rite of passage into the House of Oracles. They reckoned the trials of initiation were lessons enough for the novices. Masha, on the other hand, thought the Matrons had grown soft. Truth be told, she considered it unfair since she herself had been made to watch her father burn alive.

But she did not have the time to brood over life’s injustices. Today was a big day, an auspicious day. Today was Initiation Day in the House of Oracles, her first as a Matron.

Initiation Day was important. The route to divination was uncertain, vague, filled with mists. It was difficult to identify an Oracle from one who could perhaps read thoughts or change gender. Such people, with powers gifted to them by the Father of Viles, were considered cursed, and called Tainted. Over the centuries, many methods, less messy, less bloody, less fiery, had been tried and tested to separate genuine Oracles, the ones who could truly divine the future, from the Tainted. But they had all reached the same conclusion – there was no sieve better than pain.

And today, she would get to witness it. Soon, the initiates would be walked in silence to the Great Hall to be tested by the Sisters. If they passed, they lived. And she would be there with her scroll and quill to divine the fate of the world.

If she made it on time.

For Masha was late. Dressing as a Matron for the first time was like juggling a set of four knives with one hand. The golden rimmed white robes had to be draped in all sorts of asymmetric angles, the gold sash around the waist had to be centrally aligned, the boots had to be iron-heeled, the lips painted, and the Chain of the Seven draped around her neck had to rest on her heart, facing the front. Not to forget, she’d completely forgotten to shave her head last night.

After dabbing the stray cuts on her pate with cotton puffs, she looked at her reflection in the bowl of water to see if any sign of hair survived on her scalp. An alabaster face webbed with a hundred scars looked back under a head that shone like a griffin’s egg. Perfect. She noticed a lizard on the wall, watching her with judgmental eyes. She stuck out her tongue at it, then darting out, ran down the corridor, a smile dragging at her scarred lips.

Masha felt ridiculously happy. She still couldn’t believe she had made it through six years of being an Oracle. The drugs they forced Oracles to consume put them into a dream state for months at a time, and had unavoidable side effects like death. The very few who survived became Matrons. She was one of the fortunate ones.

Now she could have real food, not just rice and lentils laced with drugs. Her mouth watered at the thought of food in its many incarnations. Of crisp purple aubergines, of milky-fleshed nuts, of fish curries, of ladyfingers flavoured with tamarind and coriander. Hunger growled inside her like a prowling animal.

Masha finally made her way to the Hall and slipped unnoticed into the line of Matrons. Being just thirteen summers old, and born with an exemplary lack of height, had its advantages. She could hear the chants of Sister Mercy. She looked around her as she stepped gingerly to the right, and then again, stepping over the bare feet of older, ruder Matrons, till she obtained a clear view of the Initiation. The Hall of Initiation reminded her of the opulent ballroom she had once seen as a child, before the Sisters had rescued her and purged her of her taint. Warm yellow light flowed from the glass globes suspended on golden chains around the Hall. Red matting streaked in perpendicular lines lay below rows of wooden long-chairs. To describe it one word would be to call it…stately. But today it smelled of sweat, fear and shit.

A black-haired boy was hanging upside down, secured to a wooden rack with metal shackles, his limbs stretched sideways to achieve maximum extension. He was screaming in agony. There were four other wooden racks, now empty, spattered with blood.  The ones who had failed. Ashes! I missed it!

Beside the boy stood the leader of the House of Oracles, clad in the black robes of a Sister. Dark circles cupped Sister Mercy’s eyes, giving her a look of profound sadness and pity. Women were not permitted to attain the honorific title of Acharya, given to the Masters of Knowledge who graduated from the Citadel of Meru. Thus, educated women resorted to having the less educated call them Sisters, even though there was nothing sisterly about these women.

‘I hope you understand I do not enjoy this,’ said Sister Mercy as she softly placed four glass bottles in a bag. She coiled the bag at the top and then slammed it viciously against the wall, once, twice, thrice. She then shook the bag, jingling the contents within – hundreds of broken glass shards. With one hand she turned the wooden rack on its axle so that the boy’s head faced her.

Sister Mercy held the boy’s face and slowly, carefully, lowered the bag over his head and cinched the drawstring tight around his neck. The boy’s face was invisible; he was a bagged scarecrow, such as the peasants used in their fields.

Sister Mercy began to chant, the Matrons echoing the last few words in unison:  ‘But pain…pain is the great reliever, the path away from perdition, the salvation of our souls.’

As she uttered the words, Sister Mercy began to mould the bag around the boy’s face gently, as if it were a clay sculpture, with all the tenderness of a mother.

‘The salvation of our souls,’ echoed the Matrons.

The screams of the boy were muffled in the bag but his agony was loud enough. His body thrashed under the straps like a fish out of water. Sister Mercy’s pale fingers massaged his neck through the cloth, moving up to the boy’s cheeks to his eyes, and finally to his temples. ‘Pain will bring out the cursed demon in you; the curse gifted by the Father of Viles, to do us harm, boy,’ she said. ‘But we will purge you of Evil, and bring you to the side of Light.’

The bag grew redder and wetter with each movement of her hand. Stains formed where the boy’s nose and ears were. The boy’s wordless screams became so high-pitched that they hurt Masha’s head. Her gut cramped at the memory of her own initiation. Her tears may have dried, but she could drown in that pain anytime she chose.

‘To the side of Light,’ the chorus echoed.

Mercifully, the screams stopped and the boy began to choke out strange sounds. There were gasps all around. The Sisters took nervous steps forward and the Matrons took out their parchments. Seeing this, Masha fumbled for her own stationery.

Sister Mercy took a step back, her hand slick with blood. Silence spread its ghostly embrace around the hall as she carefully lifted the bag from the boy’s face.

Masha swallowed down the bile that rose in her throat, eager not to miss out on her first initiation as a Matron. The boy’s face was a bloodied mess, the human features hidden behind a map of gashes and cuts. The nose was sliced in two. One shard stuck out of his left eye. Involuntarily, Masha touched her own scars and flinched.

Sister Mercy made the boy smell a block of moongrain. Immediately, the boy’s single eye opened, like a rising yellow sun, vigour coursing through his harrowed eyeball.

‘Tell us, what did you see?’ Sister Mercy asked kindly.

‘I saw airavats breaking down a high wall. Dozens of ‘em,’ the boy slurred every word. ‘I saw men burning in a blue flame, rows of ‘em.’ He pressed a hand to his face.  ‘I felt hot. I could even smell the smoke.’

‘People burn all the time. What else?’

‘I saw…a battle. And olive wreaths snaking around a cow’s neck…’

Beside Masha, a Matron scoffed, ‘It takes no divination to see a battle coming in our realm.’

‘What else?’ Sister Mercy asked, patting the boy’s head.

‘I saw a black eagle steal the lion’s head from a peacock.’

‘Must have been a great eagle,’ Sister Mercy remarked sadly. ‘He is useless. Take him.’

‘No…’ he pleaded wearily, the effects of the drug wearing off, knowing he had only moments to save his life. ‘The rest were just flashes. I saw jousting between living corpses behind a wall. One of the corpses held a trident in his hand, his torso spurting blood from where his head should have been. The other man stood in a golden breastplate; he had two faces – one monster, one man.’

That snatched Sister Mercy’s interest. She made him sniff the moongrain again. ‘Go on.’ This time, the boy went rigid, his eyes unfocused, as in a trance, his mouth sagging. His eyes started to roll. He looked like he was having a seizure.

‘The ashes of light drift,’ he intoned in a harsh voice, quite unlike his own, ‘amidst corpses of stars, and the dead storm returns, with an echo of power. And I see then…the last defiance of Asha’s blood. When the sun dies, the shadows will dance in a fiery coldness, to welcome the Son of Darkness.’

The drug wore off. Slowly but steadily, the screaming resumed. Masha could not believe it. This was not a vision. It was a prophecy! It had to be. It sounded like a poem, spoke of destruction, and was completely obscure. A real prophecy on her first day! The Light Bless Me!

‘Sister Mercy, storm, shadow? Surely, it cannot be the N’yen Valren?’ one of the Sisters asked gravely over the boy’s screams. ‘And who is the Son of Darkness?’

‘Now that is something we have to find out, is it not, Sister? Put the Matrons on double duty. And make sure the boy does not die. I see great promise.’ She wrinkled her nose, looking wistfully at the wretched figure. ‘And clean him up. He shat himself.’

Excerpted with permission from Sons of Darkness, Gourav Mohanty, Leadstart Publishing. Read more about the book here and buy it here.

Join The Dispatch Whatsapp Group to stay updated
The Dispatch is present across a number of social media platforms. Subscribe to our YouTube channel for exciting videos; join us on Facebook, Intagram and Twitter for quick updates and discussions. We are also available on the Telegram. Follow us on Pinterest for thousands of pictures and graphics. We care to respond to text messages on WhatsApp at 8082480136 [No calls accepted]. To contribute an article or pitch a story idea, write to us at [email protected] |Click to know more about The Dispatch, our standards and policies
TagsFantasy fiction Gourav Mohanty Leadstart Publishing Sons of Darkness

In the poems in this book, Abhinandan Bhattacharya has tried to distill the myriad magic of life
On how startups take time to build, and why entrepreneurs must be prepared to play the long game
Comment