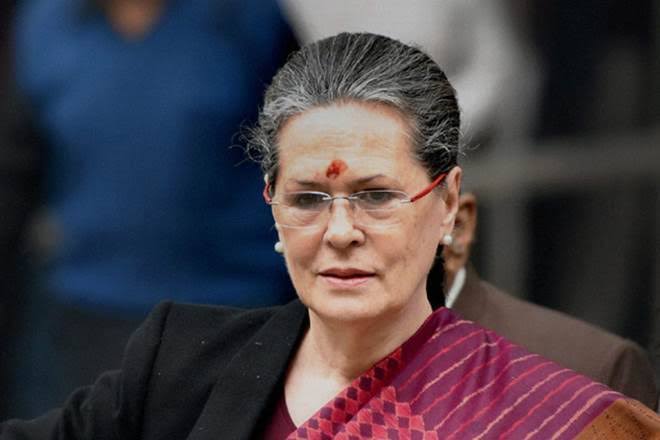 Congress interim president Sonia Gandhi met party leaders including Ahmed Patel, AK Antony and Mallikarjun Kharge at her residence here on Tuesday to discuss the political situation in Maharashtra.
Earlier in the day, NCP leader Nawab Malik said the meeting between leaders of his party and their Congress counterparts that was scheduled to be held today, has been postponed to Wednesday, due to former prime minister Indira Gandhi’s 102nd birth anniversary. On Monday, NCP chief Sharad Pawar had met Gandhi at her residence in New Delhi amid the impasse in Maharashtra over government formation.

Later, Pawar told reporters that he did not discuss anything about the government formation during his meeting with Gandhi and only briefed her about the current political situation in the state.
Pawar’s comments came in the backdrop of Maharashtra coming under the President’s Rule last week after all the parties failed to form a government in the state.

Shiv Sena and BJP, which contested the assembly polls together last month, had parted ways after a conflict over power-sharing in the state. There are speculations of Shiv Sena forming a government with NCP and Congress.
The BJP emerged as the single-largest party in Maharashtra assembly polls with 105 seats. While Shiv Sena bagged 56 seats, NCP and Congress have 54 and 44 MLAs, respectively, in the state assembly.