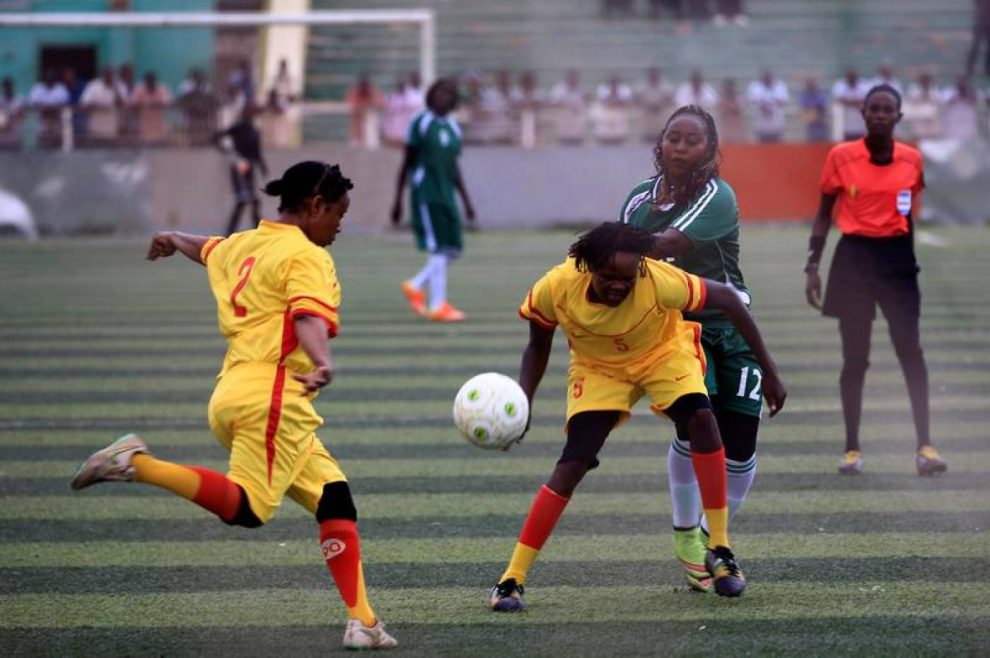 GAROWE: Somalia’s breakaway region of Somaliland said on Thursday it had cancelled its first women’s football tournament as it fell foul of Islamic values, sparking outrage among women’s rights groups.

But Abdirashid Aidid, director of sports at the ministry of youth and sports, said authorities had opted to can the seven-day event as it was un-Islamic.

“We cancelled it because it is not in line with Islamic values and norms,” Aidid told a news conference.

“After public anger, including from the sheikhs, we agreed to suspend it. Everyone saw our women playing during the training sessions on TV and social media platforms. We don’t want that at all.”

Amoun Adan – an athlete, women’s rights advocate and businesswoman – who organised the tournament, said authorities had first given her the go-ahead earlier this month.

They were later swayed by complaints from religious leaders after pictures were broadcast of the players training, she said, adding that all had been appropriately dressed.

“Such a decision is a denial of our rights as women. We didn’t do a sinful thing. What we did in the training is not something new. Women were fully covered,” Adan told the Thomson Reuters Foundation by phone.

Adan is co-founder of Ubah Inspire and Fitness Center in Hargeisa, a health and recreation centre that aims to empower women and girls through physical exercise.

She said Somaliland was an outrider in the Muslim world.

“Women’s football tournaments happen in other Muslim countries. I encourage the government to reconsider so that women can play sports and enjoy their rights freely.”

With a population of about 4 million, Somaliland declared independence from Somalia in 1991 following civil war, but is not internationally recognised as a country.

In other regions of Somalia, women are permitted to play football and do other forms of sport in private places only.

Like much of Somalia, women in Somaliland face a barrage of challenges – largely due to poverty, conflict and a clan-based culture that promotes a strict male hierarchy and authority.

Somalia has high rates of rape, female genital mutilation and child marriage, and women’s access to justice is restricted, according to UN Women.

The cancellation of the tournament prompted swift criticism from women’s rights campaigners on social media.

“The governments decision to ban the #Somaliland national women’s football tournament is a clear reflection of the gov’ts position towards women,” tweeted Maria Gaheir from the Center for Policy Analysis in Horn of Africa.

“It is also a result of the lack of women’s representation in the gov’t, who can speak & express the woman’s stance on issues like these”.

Saudi Arabia launched a women’s football league in November, two years after women were first allowed to watch football matches in stadiums in the Gulf kingdom.

In 2019, Iran also lifted a ban on women watching football matches, after FIFA threatened to suspend the country over its controversial stadium restrictions.

COVID-19 recovery rate improves to 95.75% in country
‘Singing for Our Lives’: On the road with the San Francisco Gay Men’s Chorus
Comment