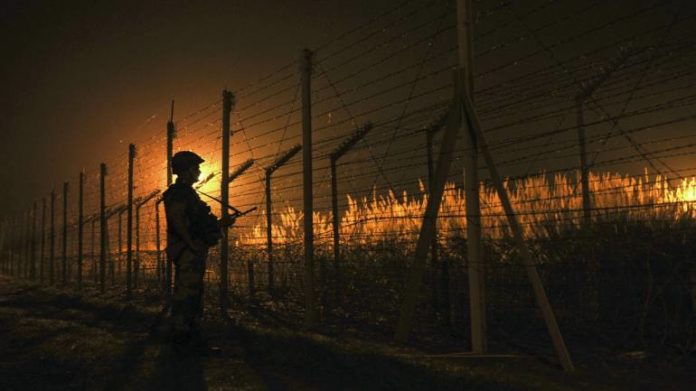 Srinagar: A soldier was killed and two others were injured when Pakistani troops violated ceasefire and resorted to indiscriminate firing and shelling in Naugam sector along the Line of Control (LoC) in north Kashmir district of Kupwara.

He said the soldiers were immediately taken to a hospital, where one of them succumbed. “The two other injured soldiers were evacuated to Army’s 92 Base Hospital in Srinagar,” they said, adding their health condition is stable.
“Befitting response was given to Pak troops,” he added.
Official sources said that Pakistani troops have been violating ceasefire frequently to help infiltrate militants, who are waiting in the launching pads across the LoC in Pakistan Occupied Kashmir (POK).