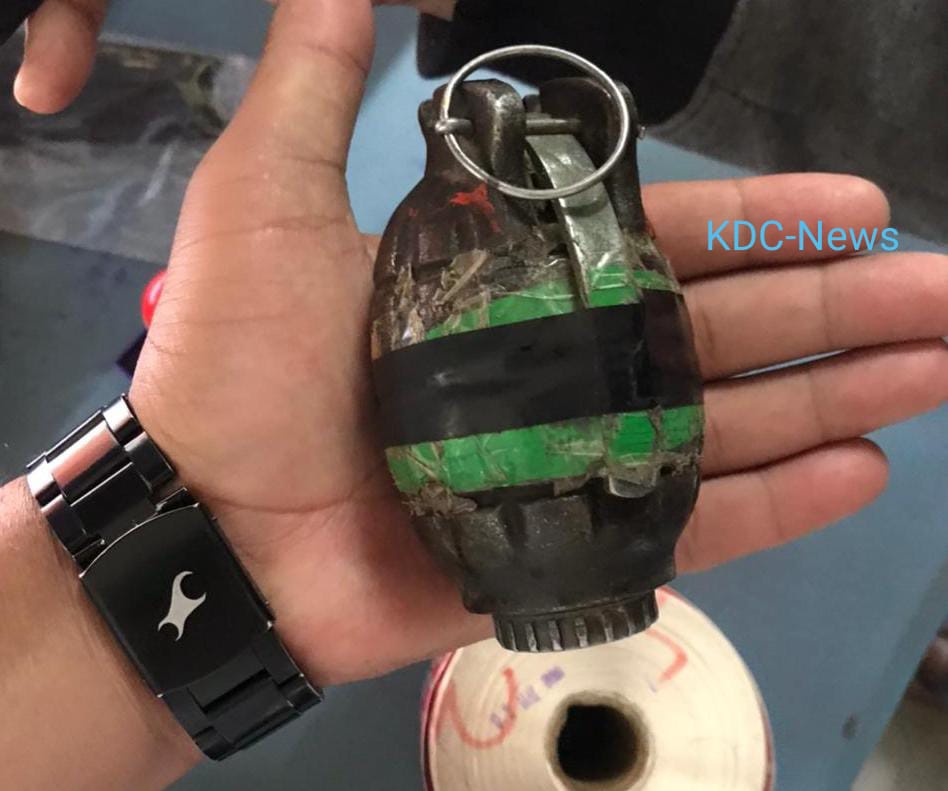 SRINAGAR: A live hand grenade was recovered during screening from the baggage of an Army trooper at Srinagar’s International Airport on Monday, official sources said.

They told that at about 0930 hrs airlines screener during baggage screening at drop gate has recovered 01 live Hand Grenade (312M/KF90) concealed in Check-in Baggage of one Army trooper identified as Balaji Sampath (42 RR, E Coy., Card No. F999848) son of Sampath, a resident of K.K. Nagar, Thorapadi, area of Vellore, in Tamilnadu deployed at Awantipora area in south Kashmir’s Pulwama district.

Sampath was traveling from Srinagar to Chennai via Delhi by Indigo flight 6E-5031/2061. An officer from Srinagar Airport confirmed the incident and said the accused has been handed over to police post humhama for further enquiries. (KDC)

Freedoms enjoyed by citizens were nothing more than an “illusion”: PDP’s news letter
Holding Eid Prayers at Jamia ‘not possible under present circumstances’ as managing body of the grand mosque declined to prepone prayers and hold same at 7 a.m: Authorities
Comment