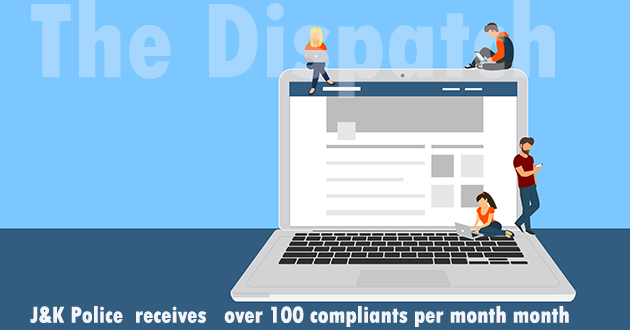 Jammu: The cases of blackmailing people by making obscene videos following friendship on social media are rapidly increasing in Jammu and Kashmir.

“In this regard, more than 100 complaints are lodged every month in cyber police cells as well as in police stations, the credible sources told The Dispatch.

There are many police stations where five to six such complaints have reached in a month.

Many people could not even tell because of shame. Doctors, security agencies personnel and many others are falling in the trap of blackmailers.

As per reports, blackmailer networks are operating from the area of ​​West Bengal, Jharkhand, Chhattisgarh, Rajasthan, Haryana-Delhi border, Noida-Delhi border. Many girls have been involved in these exploits. Who makes friends on social media, makes obscene videos and then threatens to ask for money. If not given, there is a threat to make the video viral.

It has been reported that more than 100 such complaints are being received every month in the district with the police. In the last one month, 6 such complaints have reached Gangyal police station in Jammu city alone.

Cyber ​​Police SP Naresh Kumar said that people should not fall in the traps of blackmailers and do not transfer money at any cost.

First of all friendship is done on Facebook. After this, the number of WhatsApp is asked. As soon as the number of WhatsApp is exchanged, the video call comes. A girl appears in front of the video call in inappropriate cloths. Girl tells WhatsApp user to act same. As soon as the user does this, his video is made. This video is blackmailed by sending it to the user. Money is demanded from him, if not given, he is threatened to go viral on social media.

Third wave of COVID-19 may hit India by October; children likely to be at risk
Final Goodbye: Heartbreaking Moment These Police Dogs Bid Farewell To A Fellow Sniffer Dog
Comment