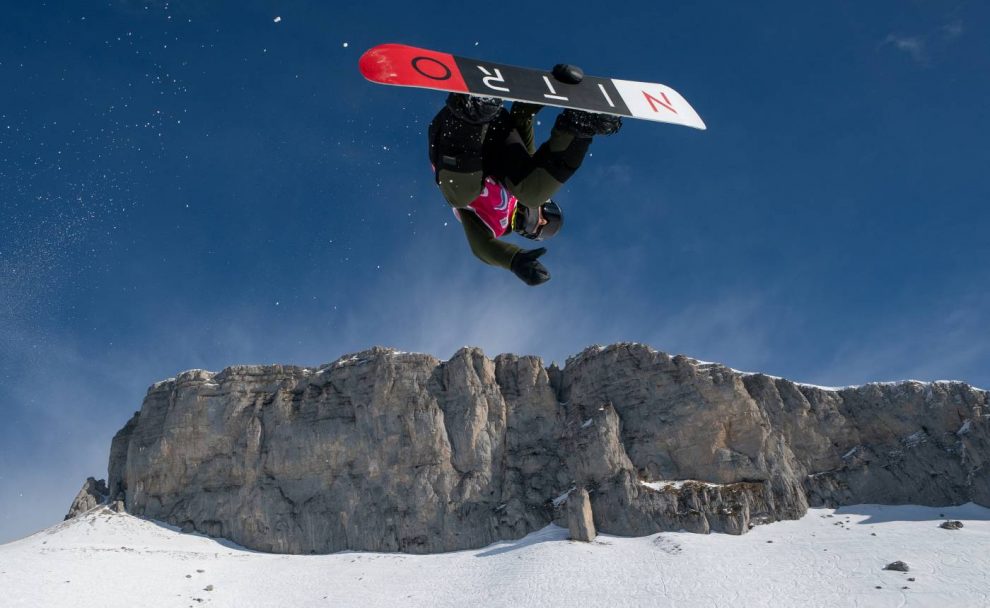 Famed for his daring descents down the untracked slopes of hard-to-reach peaks from Norway to Alaska, snowboarding pioneer Jeremy Jones enjoys being alone in nature.

Yet the 45-year-old would be happy to see a few more people crowding the mountains he loves – because they are under threat, he said, and he is on a mission to get more people to care.

“If you look at (past) environmentalists, none of them were like ‘Man, I was hanging in my apartment in New York City, just scrolling through social media, and decided I wanted to become an environmentalist’,” Jones told the Thomson Reuters Foundation.

From Austria to Japan, ski resorts across the world in are increasingly grappling with lighter snowfall, erratic weather and receding glaciers linked to planetary heating.

Europe’s highest mountain range, the Alps, has seen an average temperature rise of 2 degrees Celsius (3.6 degrees Fahrenheit), since the end of the 19th century, according to scientific journal Arctic, Antarctic, and Alpine Research.

Jones, who grew up in the northeast United States and first picked up a snowboard as child, said witnessing the change first-hand prompted him to become an advocate for climate action.

In 2007, he founded Protect Our Winters, a non-profit group that seeks to unite the outdoor sports community to push for green policies that could help save snow and the jobs connected to it.

“I started … to protect my lifestyle. But really, it’s about protecting the livelihood of these (mountain) communities,” he said on Friday on the sidelines of Web Summit, a virtual tech conference.

“It’s not just ski instructor jobs that are an issue. The whole community is connected to those. Those ski resorts are our coal mines: When they close, the whole town is screwed,” he said in an online interview from his home in Truckee, California.

This year, Protect our Winters ran a voter registration drive to get more people to cast ballots in U.S. elections in November, which saw climate change sceptic President Donald Trump voted out of office.

The group also has been trying to raise awareness about climate risks through movies, events and social media campaigns.

Yet persuading people is no easy task, said Jones, named “Adventurer of the Year” by National Geographic in 2013.

“This last election, you had two candidates, one with the most extensive climate plan a president has ever had, and one with literally no plan. But, yet, (some) outdoor enthusiasts still voted for Donald Trump,” he said.

Democrat Joe Biden, who won the election, has pledged to rejoin the Paris Agreement on climate change, and set the country on a path toward net-zero emissions by 2050.

Jones said he hoped Biden’s administration would make climate change its top priority and end fossil fuels subsidies – something the president-elect has promised.

Meanwhile, with the winter season approaching in the northern hemisphere, mountain-goers wanting to help can take small steps to reduce their impact, he said, including buying equipment from companies committed to reducing carbon emissions and sharing rides to the slopes.

“COVID has made that a little trickier,” he admitted – but at his home ski slopes in Truckee, “the biggest slice of carbon emissions is people getting to the resort,” he said.

The average car in town carries just 1.2 people, he said.

“Basically, everyone drives to that mountain by themselves. And that annoys me!”