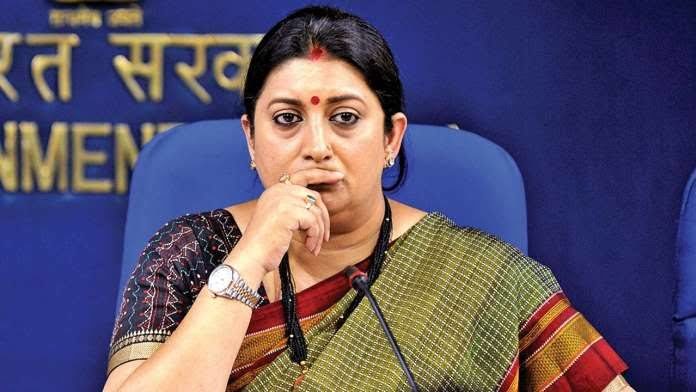 Union Minister Smriti Irani on Friday approached the Election Commission of India (ECI) over Congress leader Rahul Gandhi’s ‘rape in India’ remark seeking strong action against the latter for allegedly using crimes against women as a political tool.
“It is with a sense of outrage that the women Members of the Parliament from BJP today approached the ECI to take the strongest action possible against Rahul Gandhi. He has used rape as a political weapon to settle scores with Narendra Modi,” Irani said after her meeting with the poll body. She said that the entire nation is looking up to the constitutional authorities to ensure that the dignity of women is upheld and politicians who seek to use rape as a political tool are reprimanded with the heaviest punishment possible.
“We have said this before that crime against women should not be politicised. Rahul Gandhi dared to make rapes a political tool. We have requested the Election Commission to take action,” Irani, who is the Union Minister of Women and Child Development, said.
Earlier today, she slammed Rahul Gandhi and asked him to make it clear whether all males in the country were rapists in his eyes.
Both Houses of the Parliament today witnessed uproar as BJP MPs demanded an apology from the Congress leader over the remark.
Addressing a poll rally in Jharkhand on Thursday, Gandhi had said Prime Minister Narendra Modi had launched ‘Make in India’ but nowadays all one can see is ‘Rape in India’.
“Narendra Modi had said ‘Make in India’ but nowadays wherever you look, it is ‘Rape in India’. In Uttar Pradesh Narendra Modi’s MLA raped a woman, then she met with an accident but Narendra Modi did not utter a word,” he had said.