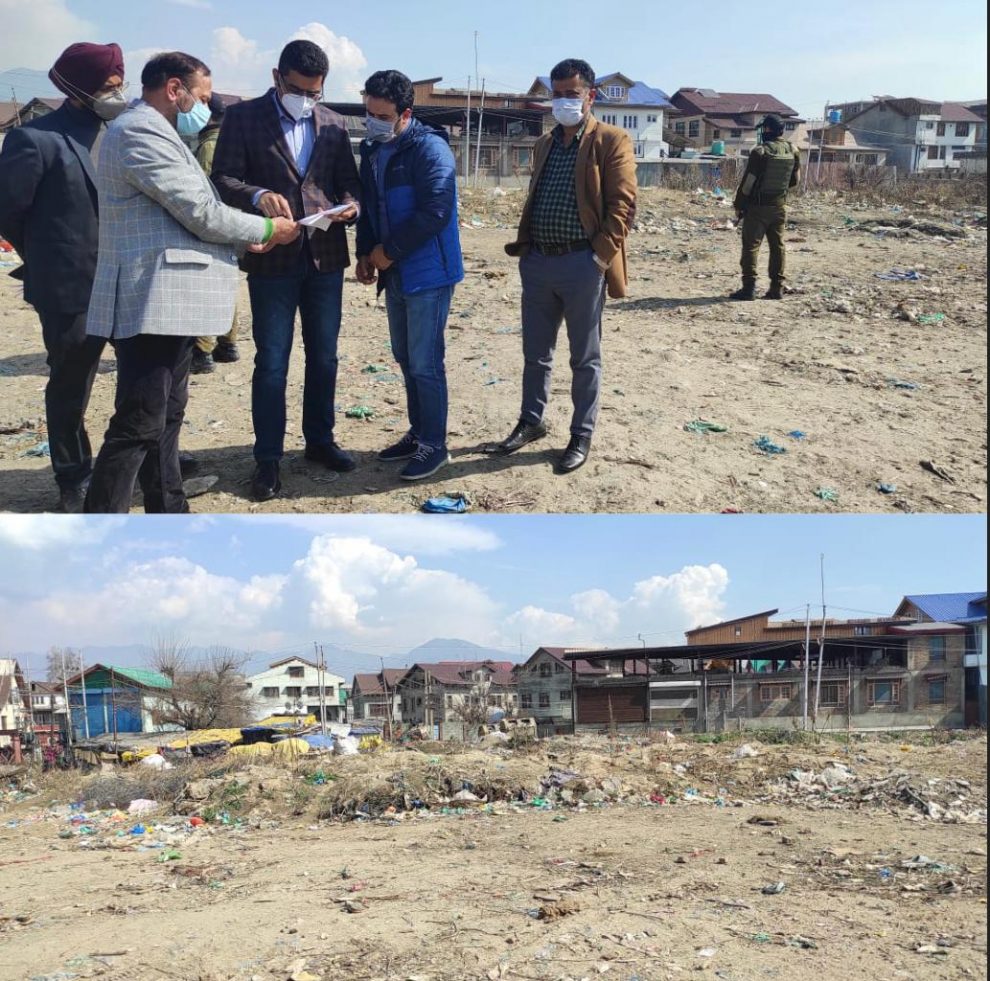 SRINAGAR, MARCH 4: District Administration in collaboration with Srinagar Smart City Ltd is working to establish Smart Vending Zones to cater more than 1000 vendors in next few months. Vendors from various prominent roads will be shifted to vending zones and such roads will be declared as No Vendor Areas.

The assets created under the project will be handed over to Srinagar Municipal Corporation for operation and management. Meanwhile beneficiaries of PM SVANidhi Scheme will also be accommodated in designated vending zones to avoid congestion on roads and provide a dignified livelihood to the vendors.

It is pertinent to mention that Lt Governor Sh Manoj Sinha laid foundation of one Smart Vending Zones near Jahangir Chowk will be made operation in April 2021. This will accommodate more than 250 vendors who who will be shifted from central business areas like Harisingh Highstreet , Resiency Road, Lal Chowk etc which will be declared no vending zones for strict implementation. The Smart Vending Zone near Jahangir Chowk has different types of vending carts/shops powered by solar energy , having lighting , fan , refrigerators as inbuilt components. Variable Message Display and Water ATMs have also been installed while as toil complex and cafe also forms part of the project. Parking facility has also been earmarked for visitors. Fire safety equipment have been installed and power and water supply has been provided. This will be Srinagar’s first Smart Vending Zone.

Deputy Commissioner, Srinagar, Shahid Iqbal Choudhary inspected and finalised the sites for two more Smart Vending Zones. The DC accompanied by Jt Director Planning Mohammad Yaseen Lone, Asstt Commissioner Revenue Rouf ur Rehman , Asstt Commissioner UT Harvinder Singh, SDM Owais Mushtaq, Tehsildar and other officers finalised Government land for construction and establishment of Smart Vending Zone at Batmaloo where state of the art vending zone will be established and all the vendors on Batmaloo road will be shifted to vending zones. Specially designed kiosks will be provided for all weather business. Separate parking facilities , public utilities and service centres have been conceived as part of the project. Apart from Water ATM, Toilet complex , VMD the administration in collaboration with Smart City Ltd endeavours to establish Common Service Centre; Child Care Centre and Women Centre to help working women in vending area and provide various Government services. More than 95,000 SqFt area has been reserved for construction of vending kiosks and more than 20,000 SqFt area has been earmarked for parking and other facilities.

The DC asked for comprehensive need assessment and early start of work. He asked for marking of roads as no vending zones and shifting of venders to Smart Vending Zones upon establishment. Provision of drainage, disaster management and civic amenities was emphasised.

The first Smart Vending Zone will be operational in April 2021 while the second and major Vending Zone at Batmaloo is expected to be tendered this months and to be completed in next 4-5 months time. This will be specifically limited for Batmaloo vendors and no vending will be allowed on roads thereafter. Land measuring 25 Kanals has been earmarked for Batmaloo Smart Vending Zone. Meanwhile administration is exploring feasibility at few more locations for establishment of vending zones.  Removal of illegal encroachment at the identified sites is being initiated by the administration paving way for establishment of Smart Vending Zones to decongest city roads and for beautification measures.