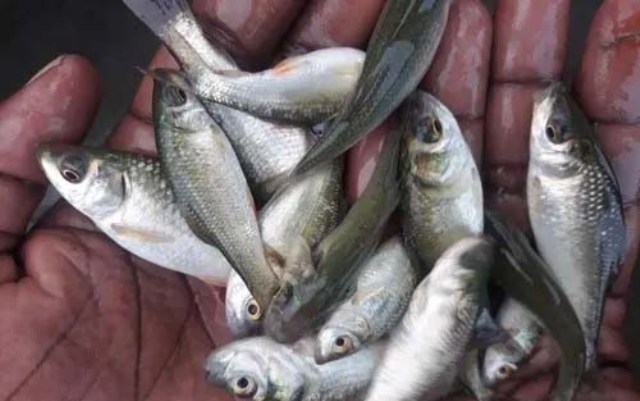 The Study, “Small Pelagic Fish Supply Abundant and Affordable Micronutrients to Low- and Middle-Income Countries,” was published in Nature Food.

The researchers found that fish such as herring, sardines and anchovies known as pelagic fish, meaning they inhabit upper layers of open sea were the cheapest nutritious fish in 72% percent of the countries.

They also found targeting small pelagic fish could help close nutrient gaps in sub-Saharan Africa, where nutrient deficiencies are rising and children under 5 years consume just 38% of recommended seafood intake. While cheap and nutritious, these small fish are also already caught in sufficient numbers. Just 20% of the current small pelagic fish catch could meet the recommended dietary fish intakes for all children under 5 who live near coastlines.

“This study shows that small pelagic fish are relatively affordable, high-quality sources of nutrients,” said Kathryn Fiorella, Assistant Professor in the Department of Public and Ecosystem Health in the College of Veterinary Medicine and a co-author of the study.

“This is particularly true within nations where access to small pelagic fish can be a key tool in addressing malnutrition.”

Small pelagic fish are rich in selenium, omega-3 fatty acids, zinc, iron and calcium and are up to twice as affordable as other fish groups. The researchers also found cold-water species that live near the sea floor, such as cod and flounders, were the least affordable.

The researchers used catch, economic and nutrient data on 2,348 fish species to identify the most affordable and nutritious fish in 39 low- and middle-income countries.

The research is part of the Illuminating Hidden Harvests project, through which an international team of researchers and fisheries scientists collected data on catch volumes and economic and nutrient data for over two-thirds of global fisheries catch. The findings will help inform public health and fisheries policies in places where data on fish nutrients are scarce.

The paper was led by James Robinson, a senior research associate at Lancaster University. Fiorella has worked to detail the nutrients available in fish species to assess how people might better utilize certain fish to target micronutrient deficiencies. The fish nutrient data she compiled informed the study.

The study also highlights threats to the supply of these small fish through overfishing, international global demand and animal feed and fish oil industries. Small pelagic fisheries contribute hidden or under-reported environmental, social and economic benefits, making it increasingly important to develop sustainable and equitable policies for managing small-scale fisheries, according to the study. (ANI)