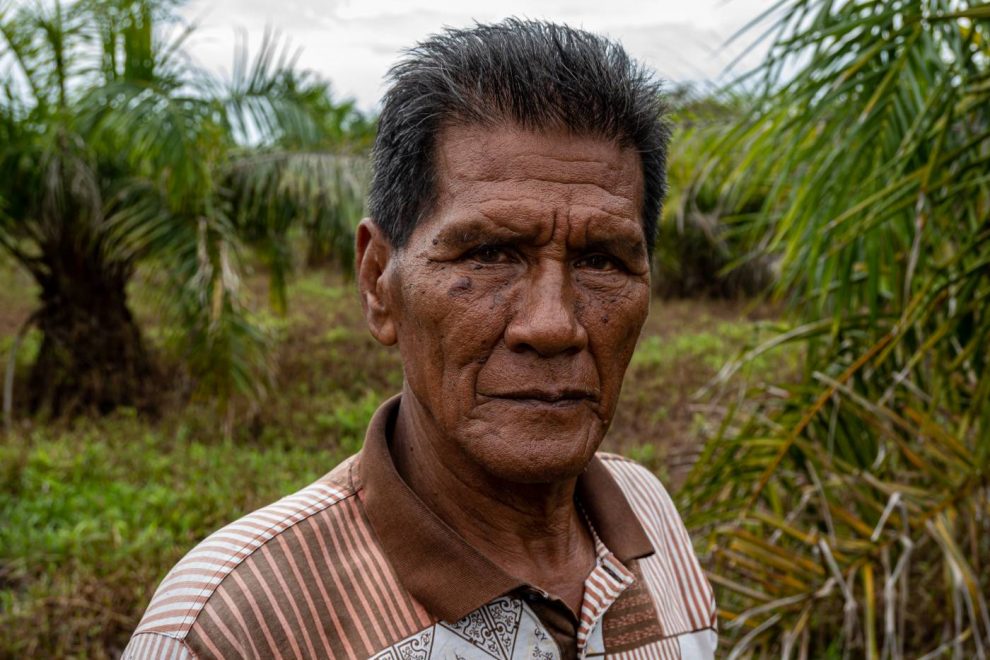 BENGKALIS: Firefighter Ibnu Hajar stopped near the top of a wrought-iron observation tower in Bengkalis on Indonesia’s Sumatra island, and looked inland over miles of oil palm trees planted up to the edge of the northeastern coastline.

The result was an environmental and public health disaster, with 2.6 million hectares (6.4 million acres) scorched, and half a million people sickened across the archipelago.

Indonesia’s planet-warming emissions exceeded those of the entire U.S. economy for 38 out of 56 days during the 2015 crisis.

Research shows fire has traditionally been used in land cultivation owing to its speed, low cost and desirable side effects in reducing soil acidity and incinerating pests.

But such fires increasingly spread out of control after acacia and oil palm plantation firms began draining peatlands on an industrial scale in the 1990s, said Bengkalis-born Teguh.

Across the road from the fire tower, the ground becomes increasingly damp and brackish as plantation land recedes into the sea about 80 km (62 miles) south of the Malaysian city of Malacca.

Oil palm grower Muakit, with flecks of grey hair and sun blemishes from years spent working more than a dozen hectares of land here alone, recalled the blacked-out sky during the worst of the 2015 disaster.

But only a few months after the haze brought by the fires finally ended, the 63-year-old became the object of a manhunt for contravening rules against burning.

Muakit, who goes by one name, said he went to work as normal in the fields not long after dawn in early 2016 and set a small fire to burn rubbish.

He then drove home, only to find out later in the day the fire had spread over about half a hectare. He went into hiding out of fear, but police caught up with him a month later.

The farmer found himself locked up with rapists and other violent offenders in a small cell of about 30 inmates and was later sentenced to eight months’ imprisonment.

“I am traumatised,” he told the Thomson Reuters Foundation. “I don’t ever want to use fire again.”

Environmental groups say a legal crackdown against the people and companies behind the fires has disproportionately fallen on individual farmers like Muakit.

Kadiman, 59, a mildly spoken man who began farming here in 1981 and goes by one name, went to prison for two years in 2004 after setting fire to a patch of nearby land to begin planting.

He had to sell four hectares to support his family while in jail.

“I would not burn again,” said Kadiman. “I wouldn’t dare.”

Police detained 136 individuals in the year to mid-September, but launched criminal investigations into only two companies accused of fires on their concessions.

Legal advocates in Riau say only a handful of farmers arrested over fires have access to adequate legal representation.

“We have identified 349 palm, pulp and paper companies involved in forest and peat fires (since 2015), but law enforcement has stalled,” said Zenzi Suhadi, head of advocacy at the Jakarta-based Indonesian Forum for the Environment (Walhi).

Greenpeace Southeast Asia analysis shows only a fraction of about $220 million handed down in fines to companies during the last decade has been paid.

In 2016, police in Riau province dropped criminal investigations against more than a dozen plantation firms accused of burning land.

“Companies sometimes do not want to share the information,” including concession permits, maps, environmental impact assessments and field data, said Professor Bambang Hero Saharjo at Bogor Agricultural University, who frequently testifies as an expert witness for the government in fire cases.

Given the complexity of criminal proceedings, the government has increasingly levied administrative sanctions against such companies, ranging from warning letters to suspending permits.

But holding errant plantation firms to account may be about to get harder, green groups fear.

But details of the regulation still need to be clarified by the environment ministry, he added.

About 4.4 million hectares of land burned in Indonesia between 2015 and 2019 – an area larger than Switzerland, according to Greenpeace.

The estimated $16 billion in economic damages from the 2015 haze crisis was double the worth of Indonesia’s value-added palm oil exports from the previous year, according to the World Bank.

In 2015, President Joko Widodo extended a moratorium on forest conversion, before banning new cultivation on peat in 2016.

Earlier this year, he instructed ministers to find “a permanent solution” to the annual wildfires.

Environment ministry data show there were far fewer fires this year compared with 2019, amid a shorter dry season.

But some structural factors could prove difficult to shift on the ground.

The Indonesia-based Center for International Forestry Research has estimated the use of fire to clear land to produce palm oil in Riau generates more than $3,000 per hectare.

But only a small share of that goes to the farmer, with local elites and plantation firms pocketing about 85%.

And as restrictions have been tightened on establishing larger plantations, one way around it may involve bundling up land owned by small-scale farmers, experts say.

That could also put such growers in the firing line.

“If a farmer burns something in the kitchen they go to prison,” said Muakit. “But if a company burns however many hundred hectares, there is no prison.”