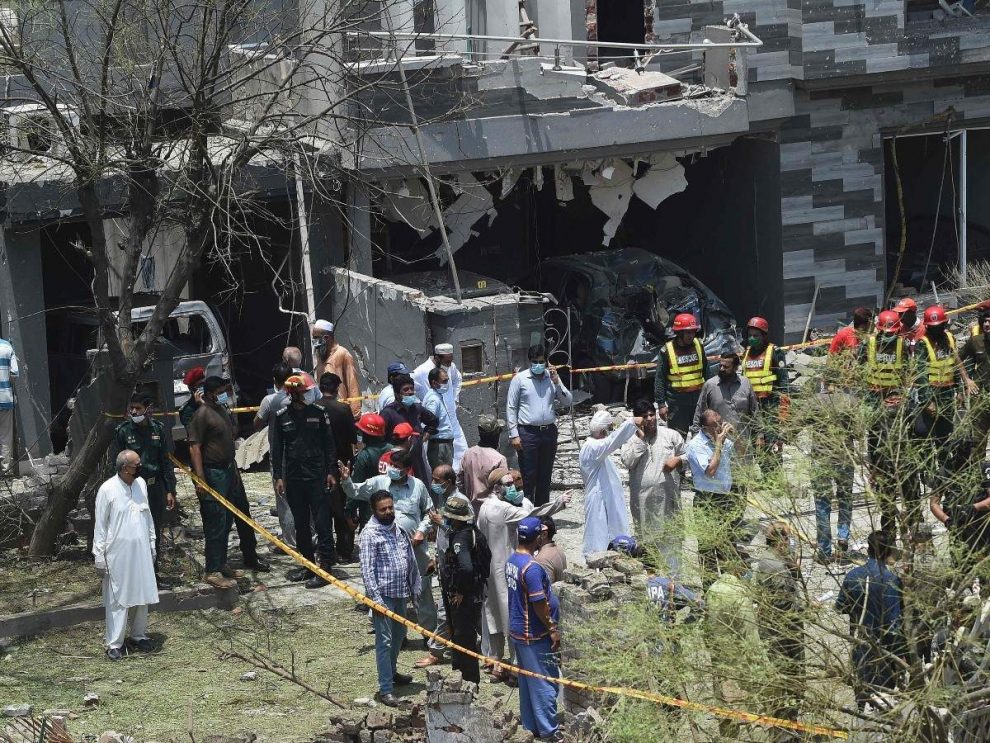 In an absurd claim, Pakistan National Security Adviser (NSA) Moeed Yusuf on Sunday said that India’s Research and Analysis Wing (RAW) was behind the June 23 blast near UN-designated terrorist Hafiz Saeed’s residence in Pakistan’s Lahore. Three people were killed and 24 others left injured in the blast at the Board of Revenue (BOR) Housing Society in Johar Town.

Addressing a press conference along with Information Minister Fawad Chaudhry and Punjab police chief Inam Ghani, the Pakistan NSA claimed that the mastermind of the Lahore blast “is an Indian citizen and RAW is in touch with him”, reported Dawn.

Yusuf, without elaborating on the nature of the intelligence input, said: “We have concrete evidence and intelligence, including financial and telephone records, of this particular incident in Lahore, which point towards direct Indian sponsorship of these terrorists.”

Yousuf claimed to have identified the “main mastermind” and the handlers with the help of “forensic analysis and electronic equipment recovered from these terrorists”.

“We have absolutely no doubt or reservation in informing you that the main mastermind of the attack is an Indian citizen, and he is associated with RAW.”

After the presser, Pakistan Prime Minister Imran Khan hailed law-enforcement agencies for “unearthing evidence” of the Lahore blasts and appealed to the world community to note India’s “rogue behaviour”.

“I appreciate the diligence and speed of Punjab police’s counter-terrorism department…and commend the excellent coordination of all our civil and military intelligence agencies,” tweeted the Pakistan PM.

The NSA further claimed that on June 23 itself, there were several coordinated cyber attacks on Pakistan’s information infrastructure. “We have evidence…The cyber attacks were an attempt to foil our investigation and buy time for the terror network to disperse.” Said Yusuf.

Meanwhile, Punjab police chief Ghani said that they have identified the “person who was delegated the task to carry out the reconnaissance and execute the attack.”

Afghan-origin man Eid Gul, identified as the executor of the attack, took the car from Peter Paul David and did a dry run in Lahore, said Ghani.

Law-enforcement agencies had arrested Peter from an airport in Pakistan a day after the Lahore blast.

Ghani also said that a third suspect, identified as Ziaullah, gave funds for the car to Peter, who then handed over the vehicle to Gul.

On June 23, an explosives-laden vehicle blew up near the house of Jamaat-ud-Dawa chief Hafiz Saeed in Lahore’s Johar Town.