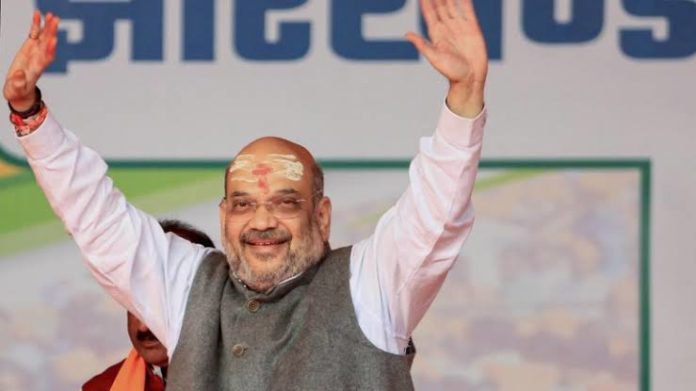 Union Home Minister Amit Shah on Monday said that a temple will be built in Uttar Pradesh’s Ayodhya within four months.
“For a hundred years, people across the world have demanded a temple at the site where Lord Ram was born. The Supreme Court’s decision has now come and in four months a sky-high temple will be built in Ayodhya,” Shah said. Last month, the apex court had unanimously handed over the entire disputed land, where Babri Masjid once stood, to a trust formed by the government and tasked it to helm the construction of a Ram temple at the site.
It also gave an alternative five acres land for the construction of a mosque.
The Home Minister was addressing a rally in Jharkhand’s Pakur district during the ongoing Assembly elections in the state.
Voting for the fourth phase of the Jharkhand Assembly elections began earlier today. The fifth and the last phase of voting will take place on December 20 and the counting of votes will be held on December 23.