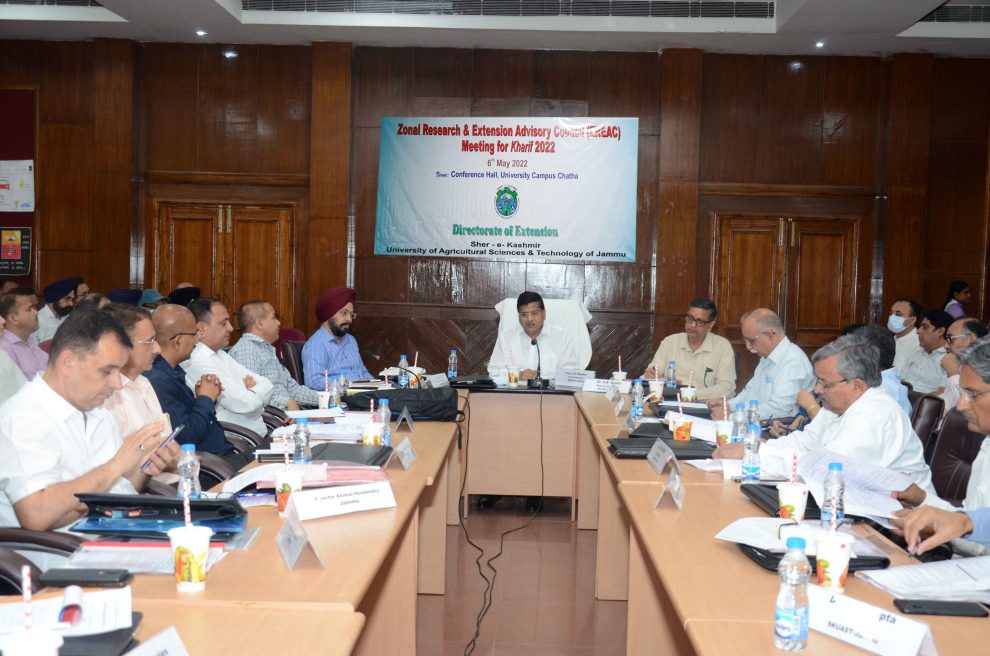 In his presidential address, Prof. Sharma highlighted the importance of shifting to natural farming in potential areas of Jammu & Kashmir. He informed that National Education policy in agriculture will be directed for popularizing natural farming through revision of syllabus at college and university levels. He suggested to organize joint workshop to finalize the roadmap for identifying and implementing natural farming policy in Jammu region. Appreciating the coordination between line departments and University scientists, Prof. Sharma emphasized upon strengthening the ties further for developing entrepreneurs and start-ups in Jammu.

Recognizing the fact that 2023 will be celebrated as International Year of Millets, the chairman suggested to identify clusters for enhancing production of millets in Jammu region. He also stressed upon the implementation of specific programmes on ODOP scheme for reaping benefits of the scheme in different districts of Jammu region. Prof. Sharma also suggested to undertake collaborative studies to assess demand and supply of milk, meat, fish and poultry in J&K for farming a UT level policy. He also suggested to undertake impact studies on government schemes such as machinery banks and cutom hiring centres. Highlighting the importance of heritage agriculture, he suggested department officers to collaborate with University scientists for implementation of such beneficial projects.

While presenting the welcome address, Dr. S.K. Gupta, Director Extension highlighted the rationale behind organization of ZREAC meeting. He endorsed the cooperation of line departments for fulfilling the mandates of extension on Jammu region, despite non-organization of previous two meetings on ZREAC kharif due to CIVID-19 restrictions. Dr. Pardeep Wali, Director Research presented the overview of the research activities of SKUAST-Jammu and discussed the potential varieties and technologies ready for demonstrations on farmers’ fields.

Marriage a Second Period
No data on blockades of Jammu-Srinagar NH due to landslides, shooting stones: NHAI
Comment