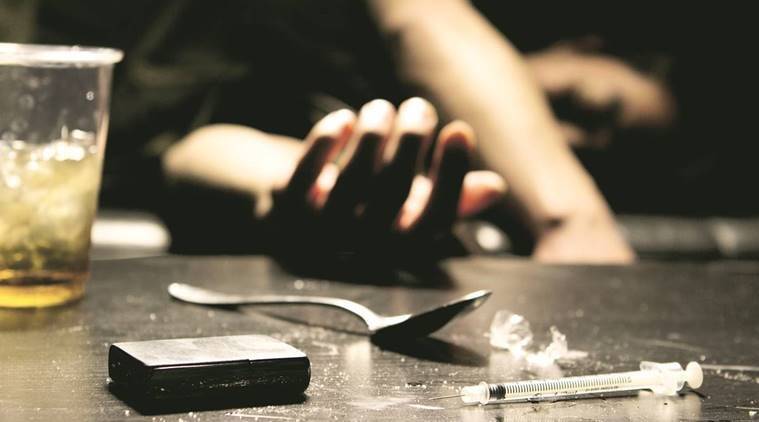 The Dispatch Staff
Add Comment
Jammu and Kashmir lies in close vicinity to the golden crescent which produces 80% of the world opium and is considered as the prime source of illicit drug trade.

Jammu: As around 6 Lakh people in the Union Territory is affected by drug menace, the Jammu and Kashmir Lieutenant Governor Manoj Sinha said that government is is making dedicated efforts through its action plans, innovative prevention and rehabilitation strategies to eradicate the drug menace from Jammu and Kashmir.

“Jammu and Kashmir has 6 lakh people affected by drug related issues which is approximately 4.6% population of the Union territory of which 90% users are from 17-33 age group,” J&K Chief Secretary Arun Kumar Mehta was informed during maiden meeting of the State Level Committee of Narco Coordination Centre, citing a consumption survey.

It was also informed that Jammu and Kashmir lies in close vicinity to the golden crescent which produces 80% of the world opium and is considered as the prime source of illicit drug trade.

Chief Secretary underscored the need of compiling data on production of poppy and cannabis in Jammu and Kashmir as well as cross-border transportation to assess the presence of these drugs and their synthetic derivatives in J&K.

For curbing the illicit cultivation of poppy, Mehta directed the Anti Narcotics Tasks Force in convergence with the Excise and Agriculture departments; to map the expected cultivation areas and take remedial actions for destruction of illegal crop, both on private and government lands. ANTF was further asked to formulate an action plan to prevent such cultivation in the next season.

Observing that drug menace in terms of usage and addiction has significantly gone up in Jammu and Kashmir during recent years, the Chief Secretary directed the concerned to enhance conviction rate in narco-related cases while simultaneously focusing on proper counselling and rehabilitation of drug affected youth.

Resolved to give a befitting reply to narco-terrorism: LG

Lieutenant Governor Manoj Sinha said that the malicious attempts are being made to push Jammu and Kashmir’s youth into drug abuse to keep them away from the mainstream.
Addressing the ‘Nasha Mukt Bharat Abhiyan’ awards ceremony held at SKICC Srinagar virtually, he said drug abuse has emerged as one of the most serious social problems around the globe which is tearing apart the social fabric.

Sinha extended his sincere gratitude to Union minister for his cooperation and support to the mass movement against drug abuse in 10 districts of Jammu and Kashmir.
“Malicious attempts are being made to push Jammu and Kashmir’s youth into drugs, keeping them away from the mainstream. Let us all reaffirm our resolve and take a firm stance against drug abuse by giving a befitting reply to narco-terrorism and bring back the misguided youth to the mainstream,” Sinha said.

He said the Union Territory administration is making dedicated efforts through its action plans, innovative prevention and rehabilitation strategies, besides creating supportive infrastructure and continuous awareness dissemination to eradicate the drug menace from Jammu and Kashmir.

Sinha advised the youth to move ahead, participate in the development process and be role models for others.

Prime Minister Narendra Modi has paved the way for combating drug abuse through the National Action Plan for Drug Demand Reduction in 2018. It is having a great impact in rooting out the evil from the society, the L-G said.

He also underlined the importance of implementing multi-pronged strategies like effective prevention strategies based on the community level and having an awaked social setting.
“Now is the time for more synergized and comprehensive efforts to fight drug menace,” he said.

Shiv Nirmohi: A look through the works of the doyen of Dogri
Why Jammu & Kashmir should have an advisory council, at least
Comment