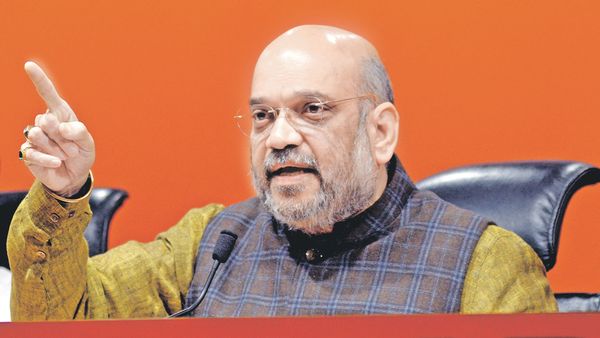 New Delhi, Dec 10: Union Home Minister Amit Shah on Tuesday reiterated that the situation in Kashmir valley is completely “normal” and hit out at Congress saying that the party is more concerned about the “political activity” in the region than the people there.

“The situation in Kashmir valley is completely normal. I can’t make Congress’ condition normal, because they had predicted bloodshed after the abrogation of article 370. Nothing of that sort happened, not one bullet was fired and no one died due to it,” Shah said in Lok Sabha today. “99.5% of students took examination there, but for Adhir Ranjan ji this is not normalcy, 7 lakh people availed OPD services in Srinagar, curfew and section 144 removed from everywhere. But for Adhir ji the only parameter for normalcy is political activity. What about local body polls that were held? There was 95% voting in Tehsil-Panchayat elections (Block Development Council) polls without any violence. This is also political,” he added.

The Home Minister assured that the lower house that political leaders, who are currently in jail, will be released only by the local administration and the government will not interfere in their decision.

“We don’t want to keep them even a day extra in jail when administration thinks its right time, political leaders will be released. They are in jail for 5-6 months only. Farooq Abdullah’s father was kept in jail for 11 years by Congress and Indira Gandhi was Prime Minister. But we don’t want to follow them. It will be the decision of local administration to release them based on the situation at ground level and we will not interfere. This is the culture of Congress to interfere, not ours,” Shah said.

“Everybody including me is worrying about leaders in jail. But we should worry more about people in Kashmir. Had Congress asked questions keeping people in mind, then they would have thought that Congress is concerned about them and not just political activity there,” he said.

Home Minister Shah and Leader of Congress party in Lok Sabha, Adhir Ranjan Chowdhury engaged in heated arguments with the former alleging interruption by Opposition during his speech.

The Congress leader said that his party leaders are also in custody and sought details people who are arrested in Jammu and Kashmir.