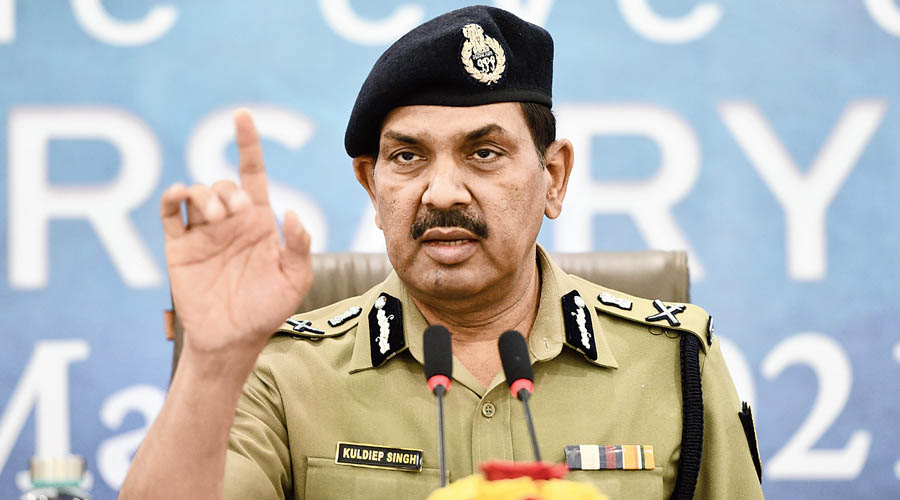 Jammu: CRPF Director General Kuldiep Singh asserted on Wednesday that the situation in Jammu and Kashmir is very good and is improving further, even as he said 162 terrorists and Maoists were killed across the country in 2021-22.
The Central Reserve Police Force (CRPF) chief also said 1,500 terrorists and Maoists were arrested and 750 others forced to surrender in relentless operations by the force in 2021-22, while 12 of its personnel sacrificed their lives and 169 others suffered injuries.

He presided over the “DG parade” ahead of the 83rd Raising Day parade of the force, which is to be attended by Union Home Minister Amit Shah.

The force will conduct its annual Raising Day parade at the M A Stadium in Jammu on Saturday. This is for the first time the force is observing the occasion outside Delhi-NCR.

“The situation is very good (in Jammu and Kashmir). CRPF is working as an aid to civil authorities and is providing its assistance to the local government. The situation has improved a lot and is improving further,” Singh told reporters on the sidelines of the DG parade.

Eight contingents of CRPF troops representing different battalions presented a splendid parade, which was followed by enthralling demonstrations by CRPF sports team, the Mallakhamb team and motorcycle stunts by its women dare-devil teams.

“DG parade is like a full dress rehearsal of the main function to address any shortcomings, Singh said.

Asked about the programme of Home Minister Shah, especially reports of him chairing a high-level security review meeting here on Friday, the CRPF DG said, He has no idea about it.”

He said this is for the first time that the CRPF Day is being celebrated outside Delhi.

The central government has directed different forces to organise annual day parades at different places in the country and display show of strength to the people.

“It will act as an inspiration and motivation for the personnel as well as the civilian population, especially the youth. It will also help in the national integration work, he said.

Asked about the killing of a CRPF personnel who was at home on leave in Kashmir Valley recently, he said this was the first such incident this year and added the security agencies acted promptly and arrested the culprit within the shortest possible time.

“Terrorists also keep a watch who is coming and who is going. He was on leave and was killed but the culprit behind the murder was arrested and the law will take its own course and he will be punished as per the law, he said.

To a question on terrorists using religious places to hide, he said, Terrorists do not have any religion…wherever they are, security forces will reach and neutralise them.

On the annual Amarnath Yatra, the CRPF DG said it is not appropriate time to comment on the pilgrimage. When the orders will come, we will act on those orders.

Asked whether he will arrange special screening of The Kashmir Files’ film for his troops deployed in Jammu and Kashmir, he said, “I have not seen the picture so far. Any picture which is good and works as an inspiration and motivation needs to be watched.

Addressing the parade earlier, the CRPF chief lauded the bravery and courage of his personnel and said the year 2021-22 witnessed the force eliminating 162 terrorists and Maoists, arresting 1,500 others and forcing 750 more to surrender in various operations across the country.

He said 12 personnel of the force laid down their lives, while 169 others were injured during the period.

In the past 82 years, the CRPF received 2,309 gallantry awards which is the highest among forces, he said, adding 272 awards, including four Kirti Chakra and nine Shaurya Chakra, were given to the personnel for their service to the nation in 2021-22.

Singh said with 246 battalion and over 3.15 lakh personnel, CRPF is the largest paramilitary force in the world which is performing various duties for the nation like maintaining law and order, providing security during elections and religious festivals.

“New challenges do come with the passage of time and we are focused on modernisation of the force and providing our personnel with latest weapons, bullet-proof vehicles and other equipment to enhance operation capabilities, he said, adding medical assistance compact ambulance were also provided to evacuate injured personnel during anti-terrorism operations.

He also referred to the handling of the situation in the aftermath of the abrogation of Article 370 that provided special status to the state of Jammu and Kashmir and its bifurcation into two union territories in August 2019 and said both central and J&K governments have lauded the force for maintaining peace in the region.

The force has also six women battalions which are deployed across the country, a glaring example of women empowerment, he said.