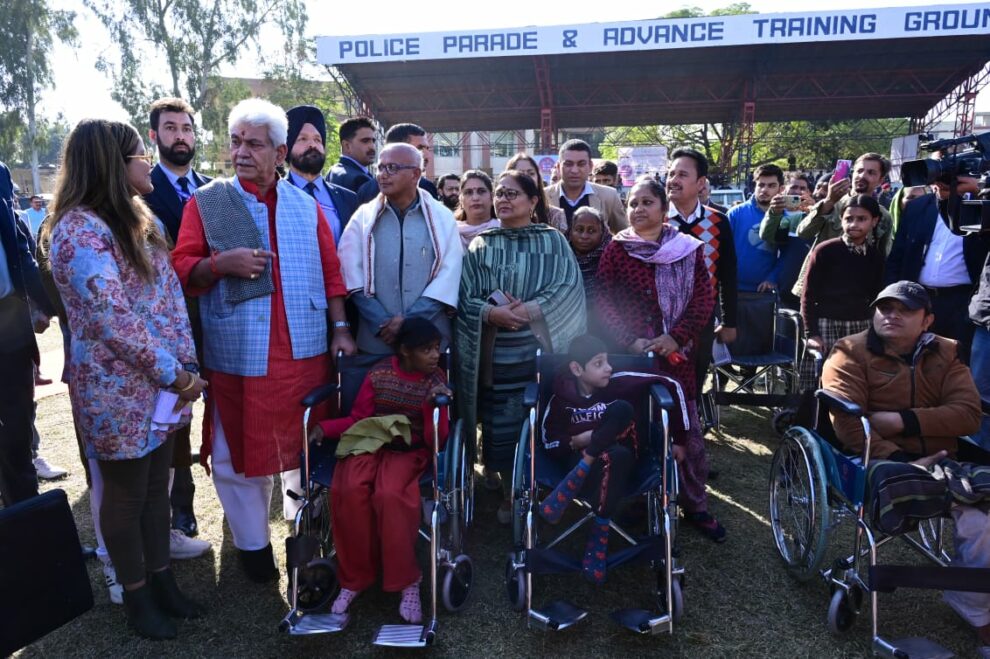 JAMMU: Housing for poor, new business centers to decongest old cities, besides planned townships for state & all India service officials are the three factors that must remain at the heart of Master Plan for Jammu city, said Lieutenant Governor Manoj Sinha on Tuesday.

He also called upon the thriving class of the society to pay for the government services, thus contributing to the welfare of the poor and helping the society prosper,

The Lieutenant Governor was speaking at the ongoing ‘My Town, My Pride’ Programme at Gulshan Ground in Jammu.

Underscoring that master plan is linked to the city’s growth, development and overall socio-economic development, the Lt Governor stressed that city Master plan must reflect aspirations & needs of common man and the poor families living in the slums.

He said that through MTMP, the government is putting people at the heart of urban transformation & unlocking cities’ full potential to drive growth, empower local governance and to ensure seamless delivery of services at the doorsteps.

“People participation is a decisive factor for developmental initiative because every city’s challenges & opportunities are different. During MTMP event, senior officials are visiting the towns & enabling direct communication and creating system that is responsive to local needs,” said the Lt Governor.

The Lt Governor termed Public-Private Partnership & public–participation as the two important aspects of urban transformation that are also the best tools to improve Quality of life, strengthen people’s welfare mechanism, to grow the local economy and build infrastructure for a brighter future.

On fund flow to municipal corporations, the Lt Governor maintained that everything is being done with complete transparency and as per GFR and other rules, and nobody can be allowed to violate those in any case; though, UT-specific flexibilities can be worked out.

“A nation is run by the constitution, by the law and people need to create a fine balance between rights and duties. Welfare of the poor is among our top priority but the people who are capable and rich must accord top priority to discharge their duties towards society and the nation,” said the Lt Governor.

The sense of duty among the citizens can help the society prosper. People need to understand that the public services and facilities are not free for all. Those who are able should come forward for paying for the government services, he added.

“Jammu known as the city of temples world over has also become a hub of educational Institutions as it is the only place in the country which has AIIMS, IIM, IIT and Central University,” he added.

The Lt Governor maintained that resource mobilization is the need of the hour and it must become part of our action plan.

The ‘My Town My Pride’ public outreach programme lays special focus on Self-employment generation and skill development to empower youth. During MTMP Abhiyan, 25 youth from each ward are being identified for self-employment assistance and skill training.

It is also being ensured that the schemes meant for the welfare of street vendors must reach the eligible beneficiaries, the Lt Governor said.

The Lt Governor called for organizing Swachhta Competitions in Municipal Corporations and wards. He also called on the Mayor, JMC and other elected representatives to explore viable plans for revenue generation in coordination with all stakeholders.

Earlier, the Lt Governor inspected several stalls installed by different departments/agencies of the UT administration for extending services and generating awareness among the people.

He also distributed sanction letters under the ‘Laadli Beti’ Scheme, cheques under State Marriage Assistance Scheme, and Wheelchairs and hearing aids to the beneficiaries.

Rajinder Sharma, Mayor, Jammu Municipal Corporation on the occasion appreciated the ‘My Town My Pride’ programme and outreach of the administration to provide services at the doorsteps of urban population.

Dr Arun Kumar Mehta, Chief Secretary expressed gratitude towards the people for connecting with the MTMP programme and shared the vision behind holding the programme in all the municipalities of J&K.

Stressing on the convergence of efforts and resources by all quarters of the administration, he said with the implementation of 74th constitutional amendment, the local bodies were empowered in J&K.

Baldev Singh Billawaria, Deputy Mayor, JMC appreciated the issues and problems being resolved by the offices visiting different areas in the municipal limits.

Rahul Yadav, Commissioner JMC in his welcome address highlighted the aims of the MTMP and the services being extended by JMC during the programme.