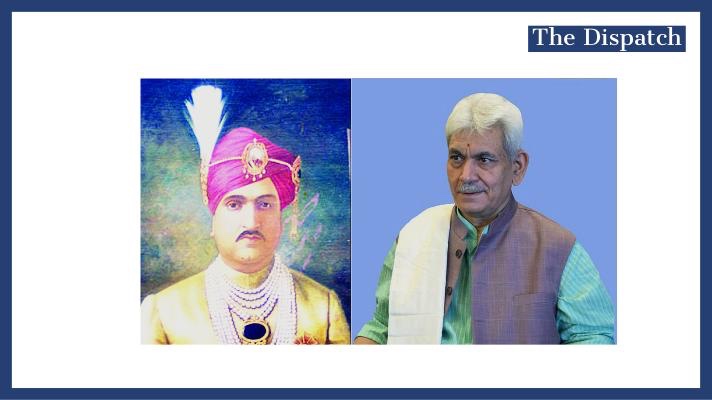 Jammu: Manoj Sinha, the Lieutenant Governor of Jammu and Kashmir, has paid tributes to Maharaja Hari Singh in his death anniversary.
In a tweet, Sinha said, “My heartfelt tributes to Maharaja Hari Singh Ji on his Punya-Tithi. His contributions to freedom movement, commitment to welfare, well-being of people, sustained development & social equity and progressive reforms would always be a guiding light for future generations.”
Hari Singh was the son of Amar Singh and Bhotiali Chib. In 1923, following his uncle’s death, Singh became the new Maharaja of Jammu and Kashmir. After Indian Independence in 1947, Singh wanted Jammu and Kashmir to remain as an independent kingdom. He was required to accede to the Dominion of India to get the support of Indian troops against an invasion by tribal armed men and the Pakistan Army into his state.

Singh remained the titular Maharaja of the state until 1952, when the monarchy was abolished by the Indian government. After spending his final days in Bombay, he died on 26 April 1961.