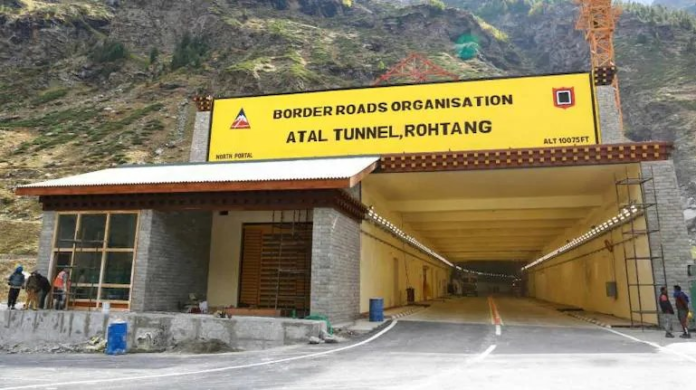 Jammu: Prime Minister Narendra Modi on Saturday inaugurated Atal Tunnel, which will cut down the distance between Leh and Manali by 46km and the travel time by four to five hours, in Himachal Pradesh’s Rohtang.

“We have made all preparations and we are waiting for the Prime Minister. It’s a moment of joy for the people of Himachal Pradesh. This is a historical moment,” Himachal Pradesh chief minister Jairam Thakur was quoted as saying by news agency ANI.

“The tunnel holds great significance in the light of the situation with neighbouring countries and added that it is not only significant from a national security point of view but also be very helpful for the commute of the people,” Thakur said.

“Around 200 people will be present at the event. Prime Minister is sending out a message that how close Himachal is to his heart. He is appearing physically for a development project. We wanted a huge inauguration event. However, due to the Covid-19 pandemic, only a small event is being organised. The tunnel will also send a strong message for a border security point of view,” he added.

Defence minister Rajnath Singh visited the Atal Tunnel on Friday along with Thakur and reviewed the preparations for the inaugural function of Atal Tunnel.

Here are 10 things to know about the Atal Tunnel: