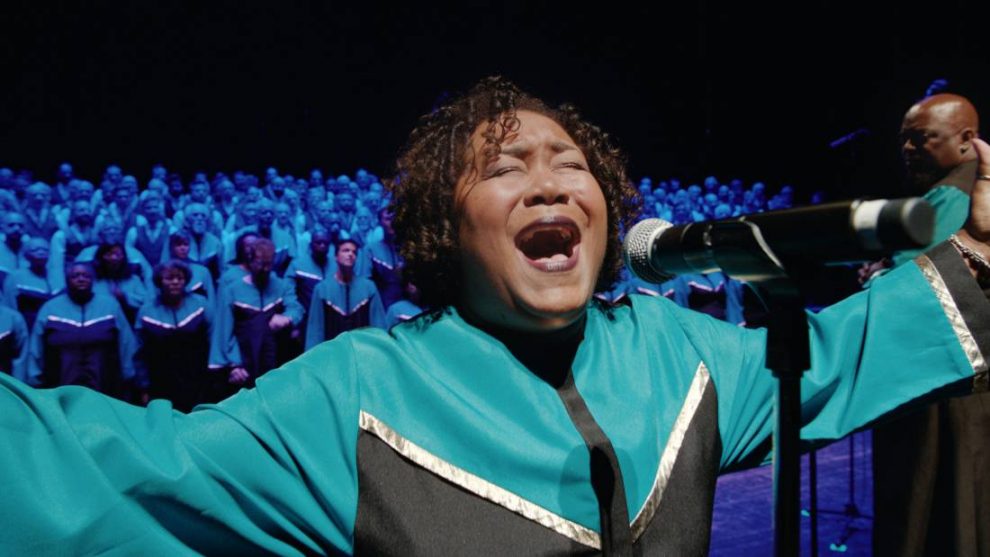 LONDON: An increase in “bigotry” during Donald Trump’s presidency fueled homophobia, but it also spurred a new wave of LGBT+ activism in the United States, according to the director of a documentary about the renowned San Francisco Gay Men’s Chorus.

“Gay Chorus Deep South”, to be broadcast on Pop, Logo and Pluto TV on Sunday, follows the choir as it toured the U.S. South during Trump’s first year in office to attempt to bridge divisions exposed by the 2016 presidential election.

“What these four years have done, in terms of legislation, in terms of bigotry, has heightened (things). But I think that it also strengthened the other side,” said documentary director David Charles Rodrigues.

“A lot of people woke up and understood that they needed to be active, and they needed to get out and be vocal about things and be more proactive politically,” he told the Thomson Reuters Foundation in a video call.

The San Francisco Gay Men’s Chorus was founded in 1978 at a time when the inclusion of the word “gay” in the title was still controversial.

“The chorus is iconic because in 1978, while there was a surge of pride, we were still in a time period when you could be fired anywhere for being gay,” said Tim Seelig, the chorus’s artistic director and conductor.

“(When) the San Francisco Gay Men’s chorus met for the first time, they argued about what they’re going to call themselves, because some were like, ‘We can’t have ‘gay’ in the name’.”

A new name for the group now might also be pending, he added. “There’s a movement now that we shouldn’t call ourselves the San Francisco Gay Men’s chorus, because it’s exclusionary, and that’s a road which this chorus will go down.

But the chorus’s early roots as simply a place for gay men to come together and sing quickly took a darker turn with the advent of HIV/AIDS in the early 1980s.

A famous photograph from 1993 of the 125-strong chorus shows the vast majority dressed in black with just seven dressed in white, representing the 118 members who had died at that point.

To date, nearly 300 singers have died, most due to complications from AIDS.

“Singing for Our Lives” by U.S. singer-songwriter Holly Near has since become a torch song for the chorus.

“In our youth, (AIDS) became all absorbing,” Seelig said.

“(But) it set a tone that we weren’t just the party girls. That we were, indeed, the people that were going to nurture,” he added. “And it deepened the entire movement, but especially the gay choral movement.”

The documentary, which has won numerous awards including Best Documentary at the Milan International Lesbian and Gay Film Festival, follows the chorus on its “Lavender Pen Tour” through five southern states in late 2017.

Yet despite expectations of negative reactions in what remain socially conservative and religious parts of America, the reaction to the tour was overwhelmingly positive – almost at one point at the expense of the documentary, said its director.

“We were not only surprised, but I was honestly and selfishly disappointed,” Rodrigues said, laughing.

“But then there was a point when I realised that the radical thing, in this day and age, is to be positive, and we just decided to be truthful to the experience that we had, which was 90% was positive and heartwarming.”