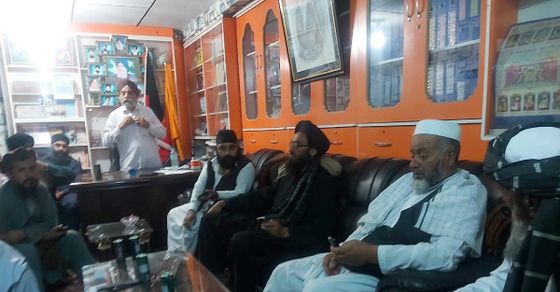 “I am in constant touch with President, Gurdwara Committee of Kabul and the Sangat who have told me that 320+ people of minorities (including 50 Hindus and 270+ Sikhs) have taken refuge in Karte Parwan Gurdwara in Kabul in wake of recent developments. Taliban Leaders have met them and assured them of their safety. We are hopeful that Hindus and Sikhs would be able to live a safe/secure life despite political & military changes happening in Afghanistan,” Puri said on Monday.

Manjinder Singh Sirsa, spokesperson of Akali Dal said that the local Taliban leaders met the pradhan at the Gurdwara and assured that their safety is the responsibility of the Taliban.

He further assured that the Ministry of External Affairs and others who are responsible for the evacuation of Sikhs and Hindus in the war-torn country will make all the arrangements required for their safe exit.

The Taliban advance in Afghanistan

In dramatic and swift developments that have unfolded in Afghanistan over the past week, the Taliban have taken over the presidential palace and Kabul and announced that they are in control of the country.

Scenes of chaos and mayhem have been emerging from the Hamid Karzai International Airport in Kabul, where people have gathered in thousands to flee the country. While India has operated one Air India flight to bring back Indian citizens from Kabul, another flight FG 311 was put on hold after commercial operations at Kabul Airport were declared closed.0