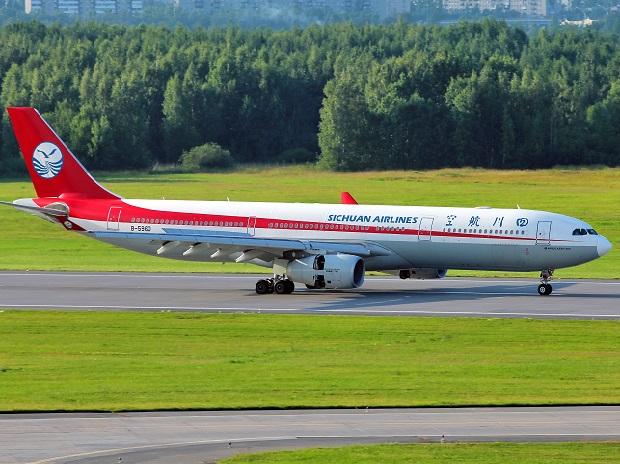 China’s state-run Sichuan Airlines on Monday retracted its announcement to suspend the cargo flights to India taking crucial supplies like oxygen concentrators to India after it created controversy. In a “U-Turn” within hours of the cancellation, it said that it was working out a new plan to resume the services as reported by the state media. A logistics arm under Sichuan Airlines said that it was discussing a new plan to resume cargo services to India, as the country has been going through a COVID-19 resurgence, state media reported late Monday night.

The sudden cancellation by Sichuan Airlines against the backdrop of China’s offer for assistance to India in COVID management caused embarrassment for Chinese government. Prasar Bharati Correspondent in Beijing reported that, Chinese Foreign Ministry did not comment on the cancellation at the regular press briefing on Monday. Instead, it suggested checking with the company concerned. However, by the evening, China’s Ambassador to New Delhi tweeted that China would encourage and guide Chinese companies to actively participate in the cooperation in facilitating various medical supplies for India. Chinese Foreign Ministry also tweeted its support if India tells of its specific needs.

In a letter to the sales agents on Monday, the Sichuan Chuanhang Logistics Co. Ltd, the company, which is part of the Sichuan Airlines, said the airline has suspended its cargo flights on six routes, including Xian to Delhi amid the hectic efforts by private businesses to procure the much-needed oxygen concentrators and other medical supplies from China. The suspension of cargo flights was surprising as there was no crew change in India and the same crew flew the aircraft back. There are also virtually no Indians travelling to China from India other than diplomats as China has suspended visas for Indians since November and flights remained banned.

“We are re-evaluating the original plan of suspending cargo services to India, and actively discussing a new plan to guarantee cargo services to the region,” the report quoted the airlines as saying in reply to its queries. State media report also said quoting experts, that it is necessary for the airlines to transport emergency anti-epidemic supplies for humanitarian reasons and hoped that the carrier will resume cargo transport between the two countries.

In the letter dated April 26, accessed by Prasar Bharati, the company said, “in the face of sudden changes in the epidemic situation (in India), in order to reduce the number of imported cases, it is decided” to suspend the flights for the next 15 days. The Airlines operates about 11 cargo flights to different destinations in India. Sichuan Airlines usually has two regular flights from the Chinese mainland to India, but neither flight had taken off on Monday, the state media report said. From April 1 to April 25, the number of cargo flights from the Chinese mainland to India averaged five per day, including carried by Sichuan Airlines and SF Airlines, it said. It quoted sources as saying that so far, the cargo service of SF Airlines is normal.

The suspension of cargo flights came as a surprise to agents and freight forwarders who are frantically trying to procure the oxygen concentrators from China. There are also complaints of Chinese manufacturers jacking up the prices by 35 to 40 per cent. The freight charges have been increased to over 20 per cent, Siddharth Sinha of Sino Global Logistics, a Shanghai-based freight forwarding company told Prasar Bharati, Beijing. He said that the Sichuan Airlines decision to cancel flights has caused severe disruption to attempt by private traders in both the countries to secure quick supplies of the Oxygen concentrators to rush to India in view of the dire situation. Now it becomes very challenging to rush the supplies as they have to be rerouted through Singapore and other countries through different airlines, he said.

On Monday, Chinese Foreign Ministry spokesperson Wang Wenbin also did not confirm a tweet by the Chinese Embassy in Sri Lanka stating that China began to supply oxygen concentrators to India. “800 Oxygen Concentrators have been airlifted today from #HongKong to #Delhi; 10,000 more in a week. #China is keeping in touch with #India for urgent needs,” said a tweet put out by the Chinese Embassy in Colombo. Asked for his reaction to the tweet, Wang said, “China is ready to provide necessary support and help to India in its fight against the new wave of infections. If India raises any specific demand, we will offer support and help to the best of our capability”. About Chinese manufacturers hiking prices of medical supplies to India, he said, “As far as I know, that’s normal business interaction. We stand ready to offer support and assistance to the best of our capability if the Indian side informs us of its specific needs.”