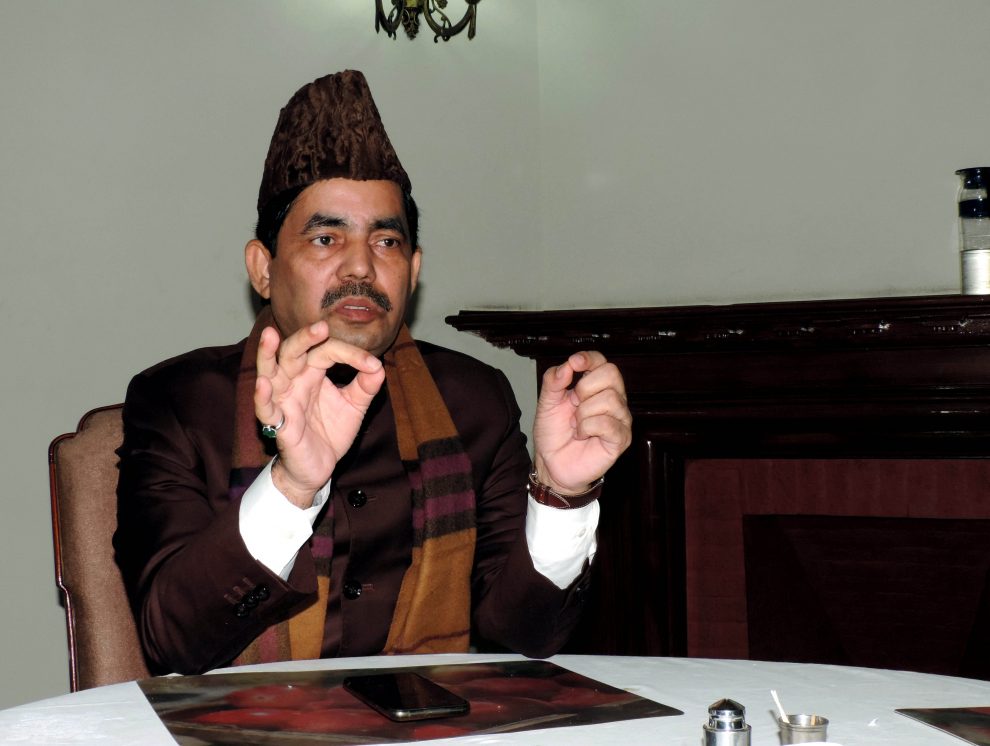 Srinagar, Nov 22: Urging local militants to shun the path of violence and join mainstream, Bharatiya Janata Party (BJP) National spokesperson Syed Shahnawaz Hussain on Sunday said that the youth of J&K, if guided properly, can prove their mettle at national and international levels.

Mr Hussain said that he will raise the issue of restoration of high speed internet in J&K (which remained suspended since August 5, 2019, when the special status of the erstwhile state was abrogated) with the centre.

He said the time of suffering for the people of Jammu and Kashmir has ended. “Now they will enjoy prosperity and happiness. BJP will lay emphasis on education and tourism in all districts of J&K,” Mr Hussain told UNI in an interview.

He said the BJP will win the hearts of the people through development, adding ‘if someone misguides the youth of J&K, it is our duty to bring them back to the right path’.

“Whether a militant is killed or a militant kills someone, in both the cases it is the people of Kashmir who are dying. So I appeal to the youth of Kashmir, who have been misguided into militancy, to shun the path of violence and join the mainstream,” he said.

He said the brains of youngsters in J&K is very sharp and if they start studying they can prove their mettle in any examinations, be it IPS or IAS. “…there is no malnutrition among the people of Kashmir…,” he said.

“A Kashmiri boy, who was economically weak and lived in a mud house, cracked the IAS examination recently,” he added.