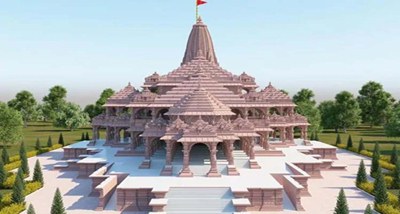 Addressing the media, he said, with the support of people of every caste, creed, sect, region and language of the country, the Ram temple would actually take the form of a Rashtra Mandir. He said that preparations are underway to construct the temple and funds cannot be a hindrance in the work of God.

In order to maintain transparency in the financial dealings and transactions, the trust has printed coupons and receipts of denominations of 10, 100 and 1000 rupees. He said, coupons or receipts will be issued according to what the society contributes.

Mr Rai said that preparations are underway to construct the temple. Engineers from IIT Mumbai, IIT Delhi, IIT Chennai, IIT Guwahati, CBRI Roorkee, Larsen and Toubro and Tatas are working on the foundation drawing. The foundation configuration and layout will come out soon.