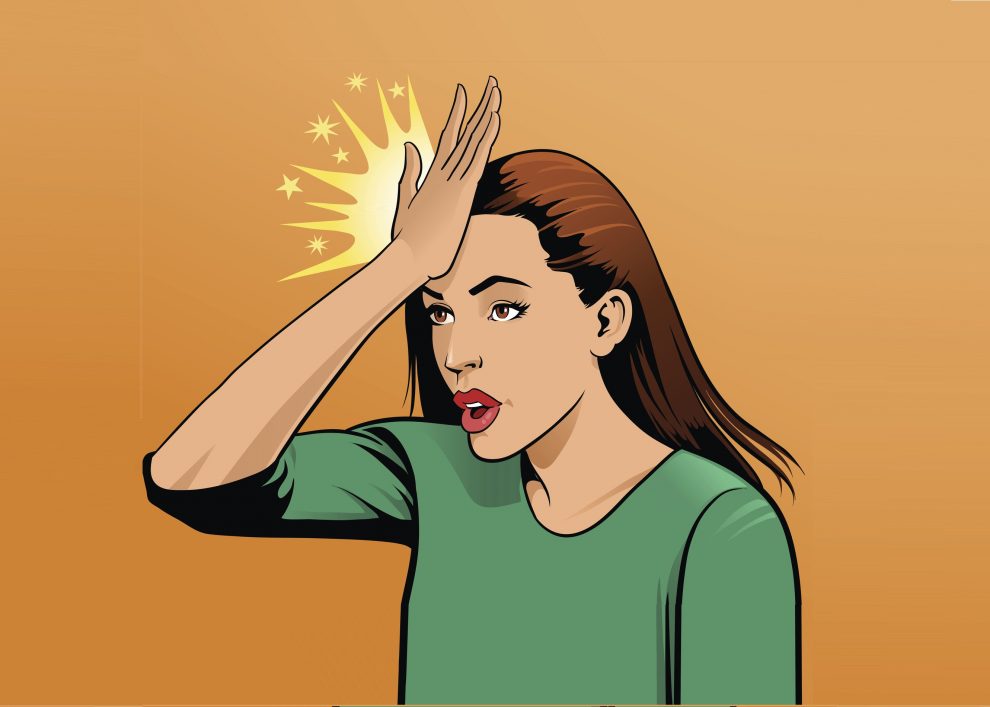 Using celebrities for endorsing brands has become a trend for building the brands as well as the company’s/product’s image. Celebrity is an individual who enjoys recognition and attention among the general public for being in the field of exposure or media eyes for some reason largely arising as a result of his profession/achievements. Brands tie up with these celebrities to give their brand the same recognition and acceptance enjoyed by these high profile individuals. Firms invest huge amounts as advertising expenditure for hiring the right celebrity. Consumers perceive the brand as having superior quality because it has been endorsed by a credible source. This makes endorsement as one of the indictors of quality for any brand.

Approval of a brand by a star cultivates a sense of trust for that brand among the target audience. This is especially true in case of a new product. Celebrities ensure attention of the target group by breaking the muddle of advertisements and making the advertisement and the brand more noticeable.

Grant McCracken proposed the ‘Meaning Transfer Theory’ that explains that a celebrity encodes a unique set of meanings which if well used can be transferred to the endorsed product. Such a transfer takes place in three stages, viz., encoding meanings, meaning transfer, meaning capture. According to the theory, each celebrity has a unique set of meanings, which can be listed by age, gender, race, wealth, personality or lifestyle. In this way, the celebrities encode a set of meanings in their image. For example Preity Zinta can be seen as a lively, charming, bubbly, witty and enthusiastic. When skillfully portrayed, celebrities can communicate this image more powerfully than lay endorsers.

According to researchers there are certain factors that increase the effectiveness of a celebrity endorsement:

Exposure of celebrity: By exposure we mean the number of brands/products a particular celebrity endorses or the “Air time” (Air time is generally defined as the total number of seconds for which the celebrity appears in advertisements running on television). Celebrities like Shahrukh Khan, Amitabh Bachchan, MS Dhoni, Virat Kohli endorse more than 25 products each. These people are overexposed celebrities as their visibility is too high. The point to consider is if exposure value has any effect on the likeability of the advertisement. The answer is yes, as a recent study has found that that the credibility of a celebrity decreases with him being close to the overexposure level.

Connection between the product and the endorser: You may have seen that female models/actors are shown for products like fairness creams/hair removal creams etc. Surely males also do use these products but more elements of commonality lie with the softer gender. Male celebrities are first preference of products like motorbikes/cars etc. This congruency is important because it makes the consumer comfortable to believe in the product.

Word of media about the celebrity: Word of press also plays a role in the effectiveness apart from their professional achievements. Brands are not comfortable with relating to those having a negative press. For example many brands terminated their contracts with the celebrated Chinese hurdler Liu Xiang after he was barred from the 2008 Beijing Olympics after being convicted for a false start and an aggravation to a previous unrevealed injury.

When it comes to brand endorsements, Bollywood beats cricket hands down. In a cricket crazy India, Virat Kohli and MS Dhoni are the only sportspeople on the list of top 15 celebrity brand ambassadors, a celebrity brand valuation study has shown. While Kohli is ranked No. 2 with a brand value of $92.5 million, Dhoni, valued at $31.1million, is at the ninth position. Actor Shah Rukh Khan has retained his No. 1 position on the list and is the only celebrity with a more than $100 million valuation.

According to experts, the recommendations by any celebrity for any product make no sense as celebs don’t have the expertise to whet the quality of the product they endorse. Many a times the so-called brand ambassadors are held liable for issues like cheating the common masses by way of their endorsements for the products that are found to be harmful later.

This debate picked up when actor Amitabh Bachchan created a furore with his lecture at Indian Institute of Management, Ahmedabad, where he said that he stopped endorsing Pepsi after a little girl asked him why he promoted something that her teacher termed as ‘poison’. Until then, he had been associated with the brand for eight years. Will this mean that celebrities will now check contents of the product before endorsing it?

An advertisement becomes deceptive when it misleads people, alters the reality and affects buying behaviour. The deception may include a misrepresentation, an omission, or a practice that is likely to mislead.

The Consumer Affairs ministry has set up an ad-monitoring panel as recommended by the Vibha Bhargava Commission. The commission has underlined the urgent need to regulate false claims by advertisers of different products.

Apparently, misleading advertising is most rampant in the education sector and the healthcare and personal care space, accounting for more than half the total number of advertisements found to have contravened the compliance norms and code of conduct of the Advertising Standards Council of India (ASCI) as per reports.

There have been reports about the passing of a bill that will hold celebrities accountable for claims made in ads and that has left the Indian advertising industry very polarized. Some see this as an end to what has, more often than not, been the easiest, laziest way to flog a product. However, like in recent past during the Maggi controversy, celebrities were for the first time, in significant way, held responsible for the brands they endorsed.

In the words of Anirban Blah, founder, Kwan (a celebrity management firm) “It is really cheap populism and scapegoating. If it is about establishing responsibility for false claims, many people ought to be involved: from the company making the product to the advertising and media agency. Why is the most famous person in this chain being pointed to and held accountable? Quite honestly, all the people should be held liable. If anything, the celebrity should be the last person to be held accountable. Since the celebrity does not have labs or tech equipment, the brand legally commits to making no false claims in the contract that they sign. If these claims are in fact false, the celebrity is a victim of a fraud. And here, the victim is going to be held liable!”

Recently Pierce Brosnan, globally known as James Bond, “007”, from some of the most loved films in the British series of spy films based on the fictitious character of MI6 agent by the same name, has become the latest addition to the beleaguered league with his ‘classy’ endorsement for “Pan Bahar” – Pan Masala. He has expressed his distress for letting his image be used in a product that is notoriously popular in India due to its adverse effects on health. It is believed that using a product like Pan Bahar regularly can lead to cancer as well.

No matter what he may have said, it does bring up a critical question that has perhaps been asked for ages, should celebrities not be more responsible when it comes to endorsing a product? YES!, is the answer. Should they not ask more questions about the product that they are being asked to lend their likeness to? YES. This seems to be something that escaped the attention of Brosnan. Then, there is the question of being responsible ethically and morally for what they are selling to millions of people.

Many a times we forget that celebrities or actors are essentially acting. While their persona may be larger than life, they are used as brand ambassadors, but very clearly they are actors communicating scripted lines someone has asked them to say and they get paid for that.

Therefore, essentially it is the consumer’s duty to look into the product carefully before using it. Read ads carefully to find out what is really being offered. Read everything. When shopping compare the advertised price, brand, or quality with the virtual being offered. Display items often show attachments or accessories that are not included in the sale price. Ask exactly what is included before you buy. If you see an ad stating that merchandise is 50 per cent off, don’t assume that it’s necessarily a bargain. Stores may raise their prices merely to make sale prices seem more appealing. Be cautious about ‘free’ offers. An ad must inform you if something else must be purchased in order to get the ‘free’ item, as well as how much it will cost you. Some companies raise their regular prices to cover the cost of free offers. The ad should clearly disclose the terms of ‘free’ offers.

The ultimate responsibility to resist false/misleading advertising is yours. Try to be unemotional about statements like ‘fantastic savings’, ‘lowest prices in town’, etc. If you come across a misleading ad, you can submit an online complaint at www.ASCIONLINE.org (The Advertising Standards Council of India (ASCI).

Whether Celebrity endorsement has a positive or a negative impact on the brand is a debate that is open to interpretation. But till the time the corporate world continues to foot fancy bills of celebrity endorsers and till consumers continue to be in awe of the stars, the revelry is not likely to break up. 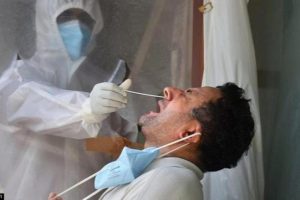 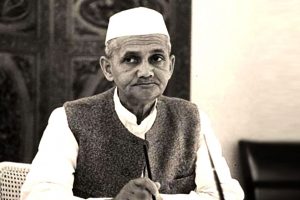 Lal Bahadur Shastri and the price of peacemaking 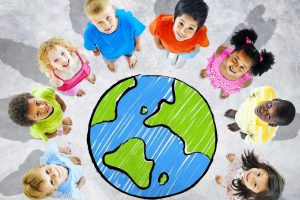 Children of the world

Unique huge bell at Gadadhar Temple Uttarbehni
Do you remember what you want to forget?
Comment